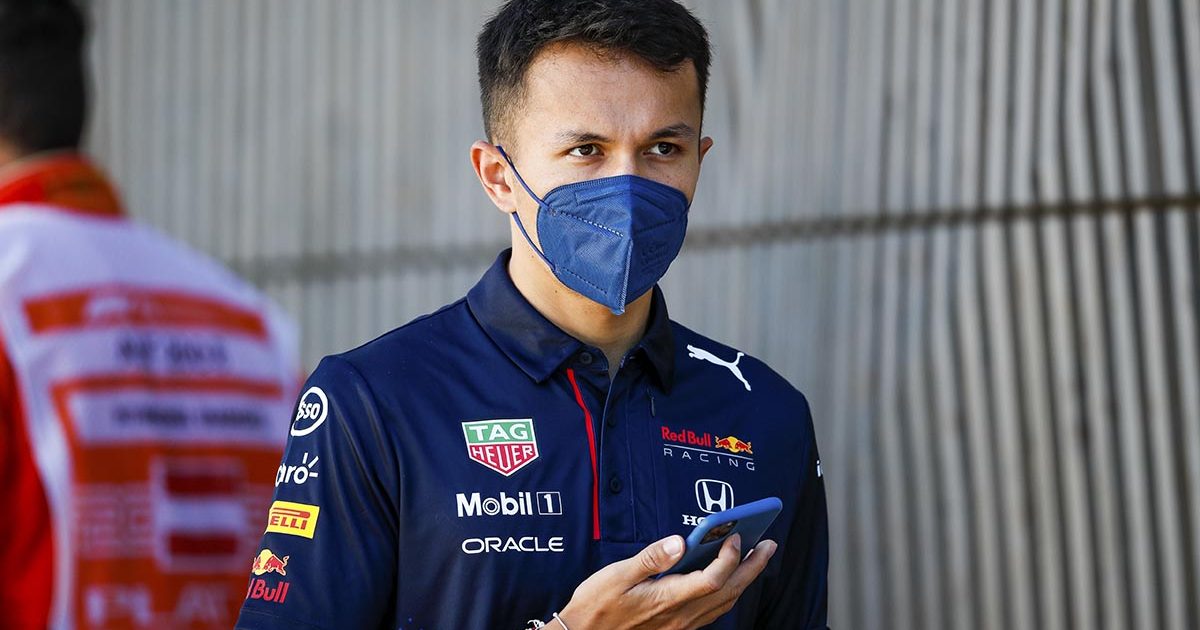 While still closely involved in the Red Bull operation, Alex Albon is not finding it easy watching Formula 1 races from the sidelines.

Albon spent the first 12 races of his Formula 1 career with the Red Bull junior team, then named Toro Rosso, before being called up to replace Pierre Gasly to race alongside Max Verstappen at the senior team for the rest of the 2019 campaign.

Albon kept his drive for the following year, but would not do enough to convince Red Bull’s bosses to retain him on the grid for another season.

Red Bull instead opted to bring in Sergio Perez and that forced Albon to take up a reserve and development role with the team, as there was also no room at the inn with AlphaTauri.

His replacement, Perez, has praised Albon for the work he is doing behind the scenes at Red Bull, but Albon himself is not particularly enjoying the experience of being on the sidelines watching on.

Another great weekend with @redbullracing! This team 🔥🏆💪 https://t.co/QTfl8CuoVI

“Of course, I still play a role in the team and that’s why I’m very happy with the fact that Red Bull is doing so well this F1 season,” Albon told RacingNews365.

“But logically, I’m also a bit disappointed because I’m not in the car myself.

“I’m a sportsman and you aspire to be the best, so that’s why it was especially difficult in the first race in Bahrain to see that I wasn’t competing myself. It remains difficult to watch F1 races this season.

“Because I still play a role in the Red Bull team, I can deal with the fact that I’m not driving in F1 myself at the moment, but it’s not easy.

“I would like to drive in F1 myself again and hopefully in the future I will be able to do that again. That is why I will continue to work hard in the simulator and now also in the DTM series.

“That is a completely different category, but it is nice to be able to race at a competitive level.”

On the recent praise he received from Perez, the British-Thai driver is grateful for the feedback but, at the end of the day, he is only doing his job.

“I don’t need recognition as I’m kind of pushing internally with the team. I know my job is very important and it’s something I enjoy doing.

“I know as well, the best I can do my job right now can only help me for an opportunity again. So making sure I’m doing the best job I can in everything I’m doing with simulator work, with analysis, helping Max and Sergio.

“I do one hundred and ten percent of what I can do because obviously let’s say if I’m not doing a good job, then I’d have less chances to be in F1.”