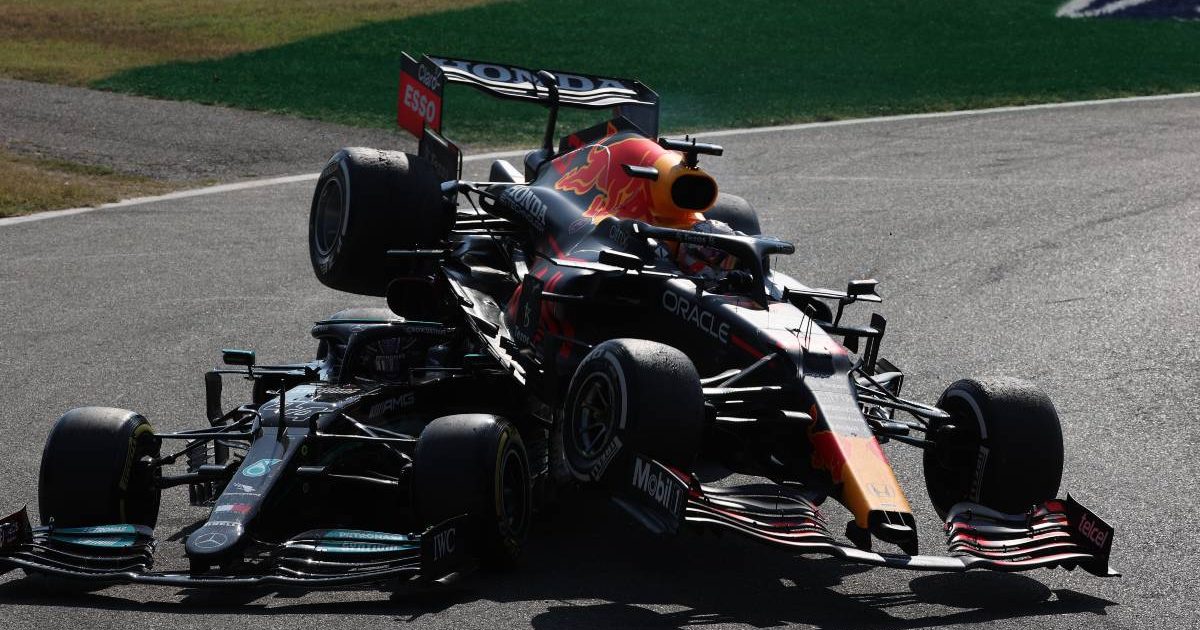 Ex-F1 driver Alex Wurz does not believe that Monza was the final collision we will see between Lewis Hamilton and Max Verstappen.

Monza marked the second major shunt of 2021 for the two title protagonists, one which eliminated both from the Italian Grand Prix.

An 11-second pit stop for Verstappen, coupled with a tricky visit to the Mercedes garage for Hamilton, created the perfect storm for both drivers to challenge each other into the opening chicane as Hamilton emerged back out onto the track.

After taking the outside line into Turn 1, Verstappen was jolted into Hamilton by the sausage kerb at Turn 2, resulting in a DNF for both drivers as Verstappen’s Red Bull ended up beached on top of Hamilton’s Mercedes in the gravel.

With eight rounds of the season remaining, this title scrap continues to intensify, and Wurz, who serves as chairman of the Grand Prix Drivers’ Association, believes the crashes will continue.

“I think [it’s] very likely, to be honest, both have to mark their territory,” Wurz told Sky Sports News on the subject of further Hamilton and Verstappen collisions.

“That’s sport, if you watch boxing, football, handball, whatever there is – when two greats are coming together, those things happen.

“Outside the car I talk to both and they talk to each other, and they have great respect for each other, which is really nice to see.

“But on the other side, on the track it’s, ‘hey, we are here to fight, we are here to win the Formula 1 World Championship’. It’s one of the most prestigious titles you can have in the world of sport.

“They have to fight, it’s part of the game. Hopefully with the respect they need for their own team and their own results, and not only for each other, because to finish first you have to finish, so they can’t afford too many crashes.”

Asked if he would step in to have a word and advise both drivers, Wurz responded: “There will be a conversation but you have to separate yourself from being in the car and making such decisions.

“They’re only humans, and they were angry, both of them because of bad pit stops and how the race unfolded, and you know you only have one opportunity.

“In this case maybe to an extent both cracked under this pressure and came together.”