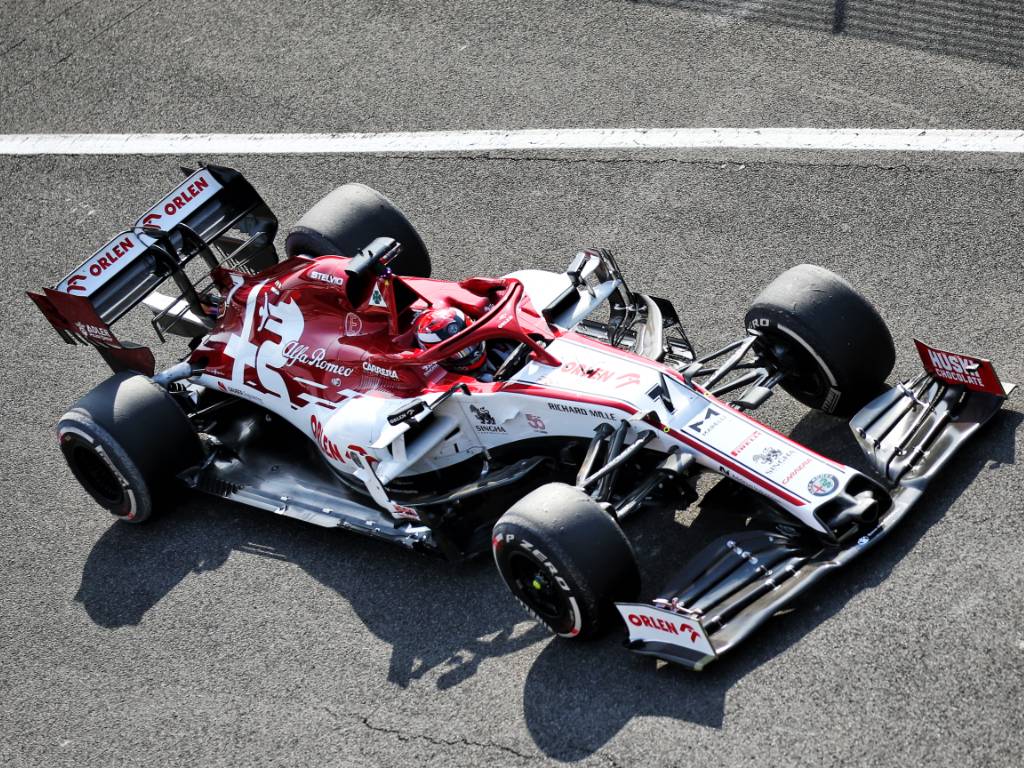 Alfa Romeo principal Fred Vasseur expects a decision on the team’s 2021 driver line-up to be reached this month.

After starting strong in 2019 the team have been on a slow decline since, and after eleven rounds of the 2020 season Alfa Romeo have only 5 points in the Constructors’ Championship.

Three of them have been scored by Antonio Giovinazzi, but strong rumours exist stating that he will lose his seat for 2021.

Veteran Kimi Raikkonen is expected to continue with the team, while current F2 Championship leader Mick Schumacher is expected to fill the second Alfa seat for 2021.

And Vasseur confirmed that a decision would have to be reached in October.

Speaking to Autosport, Vasseur said: “I think it was last Friday that I told you that it would be in the next few weeks.

“I think that in the course of October we have to take a decision to be relaxed about this for the last four events.”

Schumacher was set to take part in FP1 at the Eifel Grand Prix for Alfa Romeo, but rain and fog meant that no running could take place at the Nurburgring on that Friday.

“It’s a pity and for everybody, mainly for Mick,” Vasseur explained.

“He was very committed, he went to the factory last week, he worked very hard with the engineers, he did a good preparation for the FP1, and then happened what’s happened.

“For sure it’s a shame. But I think at least he took something from the preparation.”

Session called off 🔴 A great pity that @SchumacherMick isn't able to enjoy his first FP1 due to this morning's weather conditions… 😞 #EifelGP 🇩🇪 pic.twitter.com/DOzbnQHXyQ

Vasseur made it clear that if Schumacher had have taken part in FP1 then it wouldn’t have been ultimate lap time which the team would have been focusing on.

“When a driver is giving up FP1 to someone else, the first approach is to avoid crashes, and damage the FP2. So we are asking them to stay a bit calm,” he said.

“And then you can’t judge them on the lap time, that would be unfair.

“But it’s more on the approach, on the way that they are picking up the pace during the FP1, and on the feedback that they are able to give to the team.

“As a team it’s the only way we could have to judge the attitude, the relationship that he’s been able to build up with the team and the technical feedback.”

However, with feedback key, another FP1 outing for Schumacher will be difficult thanks to the unfamiliar circuits which lay ahead for Formula 1, such as this weekends’ Portuguese Grand Prix.

Also at the two-day Emilia Romagna Grand Prix there will be no FP1.

“It’s not so easy because at Portimao everybody will have to learn the track, and it’s not the best place to give the FP1, and then Imola it’s without FP1,” Vasseur explained.

“Then we have to go to Istanbul. We have to sit down and discuss with Antonio, but it’s not the easiest one now, I think. And he [Schumacher] has the two events in Bahrain that he’s racing in F2.”