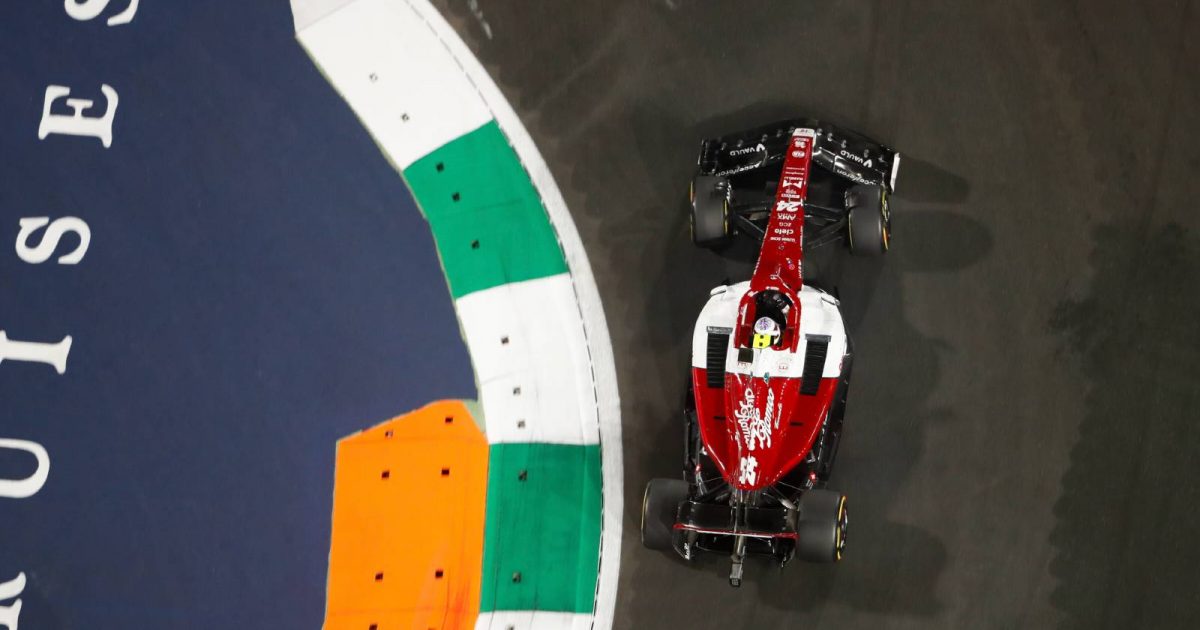 Alfa Romeo have insisted the anti-stall issue Zhou Guanyu keeps experiencing with the C42 is not related to the car.

Zhou is only two races into his Formula 1 career, the Chinese rookie having been chosen to partner Valtteri Bottas in an all-new Alfa Romeo line-up.

The team have made an encouraging start to the sport’s new era of regulations, showing strong race pace that enabled both drivers to score points at the season-opening Bahrain Grand Prix.

But it has also not been a trouble-free beginning with a variety of technical hiccups having occurred, including Zhou’s car going into anti-stall at starts and restarts of the races.

Explaining an incident with Daniel Ricciardo’s McLaren after lights out in the Saudi Arabian Grand Prix, Zhou said: “Daniel had a little bit better start and we all got squeezed up in Turn 1 and I had to jump off the track to avoid contact.

“We still touched but nevertheless, the anti-stall kicked in again. So I honestly have no answer or explanation of that.

“It’s definitely the first priority of issue we have to fix for next race. We had the opportunity to fight for points but with that issue again, followed up with the drive-through penalty, that ended our opportunities.

“It’s related to clutch and that definitely affects everything to deal with the clutch release pace. Let’s see for Australia, but that was the issue we need to fix.”

However, Xevi Pujolar, Alfa Romeo’s head of trackside engineering, does not think the car is causing the problem.

“This is something we need to go through with Zhou,” said Pujolar, quoted by Formule1.nl. “There is nothing wrong with the car.

“I think he feels the revs are good, but actually they are not because they are too low. We need to see what we can do to reduce that problem in the future because this was the second time.”

Zhou finished an excellent 10th at the opening race in Bahrain to become the 66th driver to score a point on his Formula 1 debut, with Bottas’ P6 finish giving Alfa Romeo a very handy nine altogether from that grand prix – only four short of their total for the whole of 2021.

In Saudi Arabia, Zhou was 11th while Bottas had to retire the car heading towards the closing stages to protect the Ferrari engine which had been in danger of overheating with some worrying temperatures.