Home News Alfa Romeo getting back to (new) normal 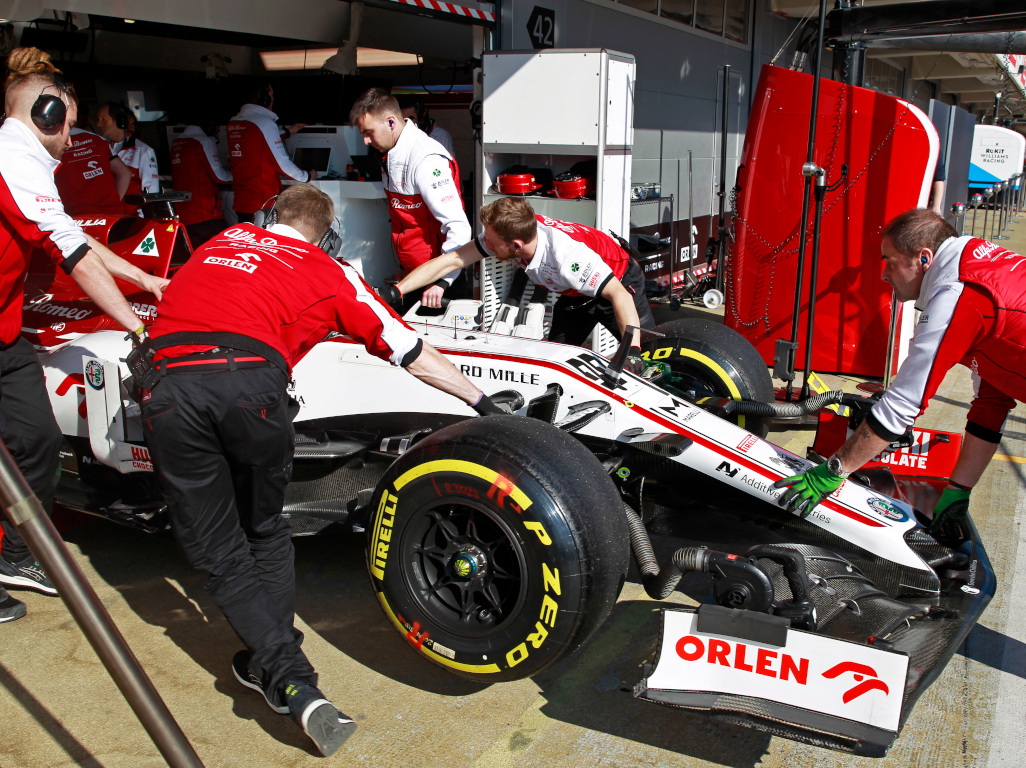 Alfa Romeo’s race mechanics all returned to work this week as the team prepares for the opening grand prix of the 2020 Formula 1 season in Austria on July 5.

The Swiss-based outfit, formerly known as Sauber, has given an insight into how things have unfolded at their headquarters in Hinwil since flying home from the first race of the year in Australia that was cancelled due to the escalating global health pandemic in March.

Beat Zehnder, the Alfa Romeo team manager, explained in an interview with Auto Motor und Sport: “Our summer break ended on May 25th. Since then we have slowly started up the whole thing again to normal operation.

“Despite the good corona numbers in Switzerland, we set up an early shift and an afternoon shift in the company in order to create as few contacts as possible. The majority of the engineers work from home and only come back on June 29th. All racing team mechanics have been back in the factory since June 15th.”

Zehnder added that scheduled post-Melbourne upgrades to the cars, which will be driven by Kimi Raikkonen and Antonio Giovinazzi, are still being implemented.

He added: “The Melbourne car was on the level of the last two test days in Barcelona. All updates we planned afterwards will be brought to the car for the first race in Austria. We prefer the changes for Spielberg and Silverstone, also because we don’t know how many races we have this year.”

Regarding further updates, he added: “There isn’t much time left this year. We should drive a bit before we bring more new things to the car.”

Zehnder also confirmed that the team will treat the first six races of the season as two blocks of three weeks, with the two Austrian races followed a week later by the Hungarian Grand Prix and the back-to-back Silverstone events on August 2 and 9 preceding the trip to Spain.

“If England runs as planned, we will fly straight to Spain from there,” he said. “The idea is that the team stays together in a bubble during these three weeks. So no-one will go home in between, except in an emergency.”