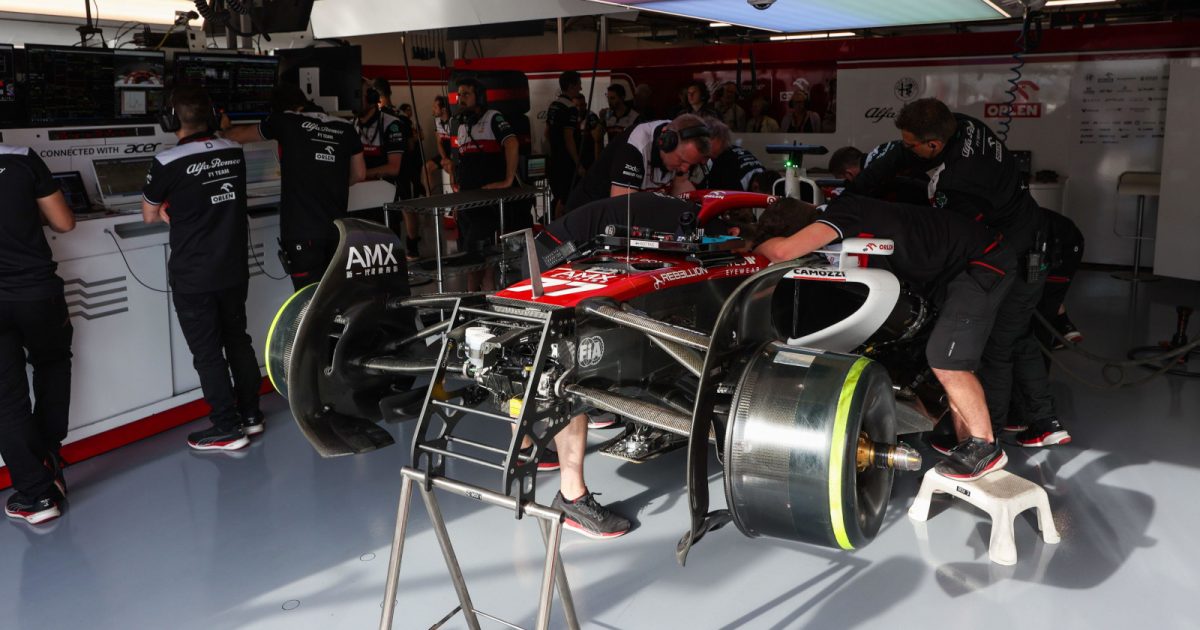 Alfa Romeo reportedly broke curfew on Friday night at the Canadian Grand Prix to fix the electronic issue that prevented Valtteri Bottas from setting a lap time in FP2.

Bottas can’t seem to catch a break in Friday practices this season, the Finn seemingly not escaping a single weekend without some sort of trouble.

In Montreal it was an electrical problem.

After a solid FP1, Bottas 16th on the timesheet with 27 laps under his belt, the driver had hoped to pick up the pace in the day’s second outing but it was not to be.

He had an issue with the car on his first lap out of the pits that sent him scurrying back into his garage with the team attempting a fix.

A second run ended much the same, Bottas back in the pits without a time on the board.

Alfa Romeo later revealed that it was an electronic issue that left the 32-year-old stranded in the garage.

End of practice for today – @ZhouGuanyu24 sets the 16th time of the session. The crew is at work on @ValtteriBottas to address the issue he experienced. 🔧 #CanadianGP pic.twitter.com/VVWCHd9e0E

The team broke curfew on Friday night to work on the car.

“It’s disappointing to miss out on FP2,” he said. “We had an electronics issue and, every time I downshifted, the car would go into neutral.

“We couldn’t find a reason during the session so we had to stop. Of course, we will find a fix for it but it’s not ideal.

“We need clean days of running and to minimise the issues, and I know everyone in the team is working as hard as they can for this. Hopefully we will be able to make up for the lost time.”

Bottas is hoping for better luck on Saturday but concedes his lack of running in FP2 means he has no idea what lap time could be possible in qualifying.

And then there is also the rain that is forecast to arrive.

“Earlier in the day, in FP1, we focused mostly on the mechanical set-up,” he said on Friday evening.

“There are still some old bits on the car and we are going to put the new ones on tomorrow, so there’s more to be found there, but so far we achieved a good balance, something to build on.

“Having missed FP2, it’s hard to talk much about times, we will see what tomorrow brings.

“The weather conditions could be mixed, which would make everything more exciting and create some opportunities: we will need to make sure our car is fixed and that we are ready, whatever the weather, to be in the fight.”