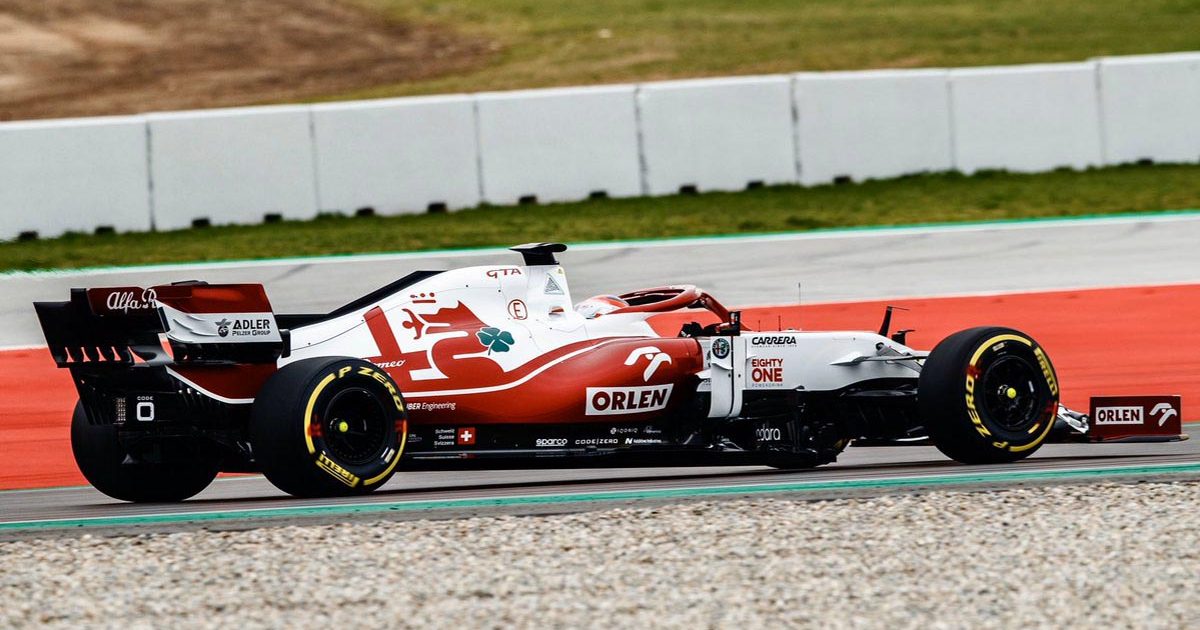 Alfa Romeo sent their 2021 challenger, the C41, into action for the first time in a filming day at the Circuit de Barcelona-Catalunya.

After officially launching the C41 in Warsaw, Alfa Romeo’s next stop was the Circuit de Barcelona-Catalunya, home of the Spanish Grand Prix, to put together some much-needed data on their new challenger before pre-season testing.

And the Alfa Romeo crew arrived very early to start their preparations for the test ahead, literally at the crack of dawn.

Alfa Romeo are hoping Ferrari have taken a clear step forward with their power unit for 2021, and it certainly sounded healthy as the crew fired up the C41.

As Kubica prepared to leave the garage, Alfa took a moment to get an up-close look at their new challenger.

And from there it was time for Kubica to take the C41 out onto the track. This year, Alfa Romeo’s challenger sports more white than its predecessor, while a slimmer nose cone it is hoped will be worth a few tenths in performance.

Music to our ears. 😍 pic.twitter.com/nKwjfF93Q6

After his stint, it was back to a rather empty base for one-time Formula 1 race winner Kubica.

Hey guys, where you at? pic.twitter.com/j8krGK2jWX

A nice side shot of the C41 displayed Alfa Romeo’s most noticeable livery alterations, with the company branding now swooping across a predominantly white base. Very stylish indeed.

This season, the Hinwil-based Alfa Romeo outfit are hoping to bounce back from a disappointing 2020 campaign, one which produced only eight points with Raikkonen and Giovinazzi both contributing four each to that overall total.