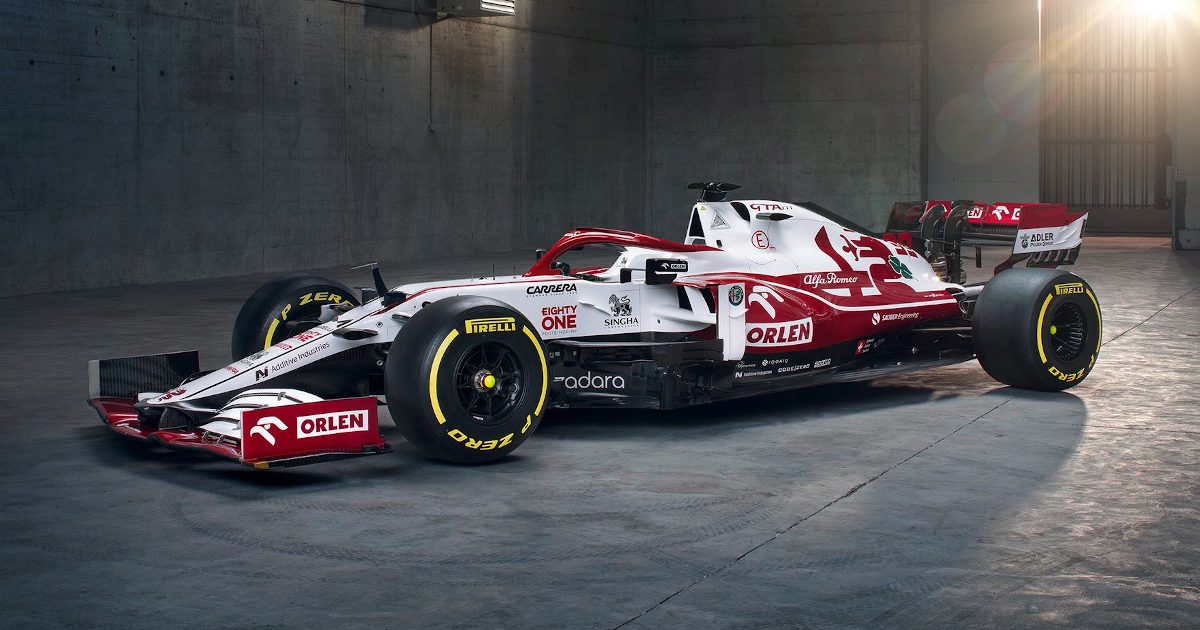 Following on from McLaren and AlphaTauri’s unveilings, Alfa Romeo went for a destination launch to show off its 2021 car, the C41.

Taking place in the National Theatre in Poland on Monday afternoon, the launch began with a song and a dance – literally – before the Alfa Romeo-badged Sauber team took the covers off the car that Kimi Raikkonen and Antonio Giovinazzi will be racing this season.

And hopefully racing with a bit more pace than they were able to last year.

Alfa Romeo had a disappointing 2020 championship, scoring just eight points as the team finished eighth in the Constructors’ Championship.

The 2020 car, the C40, struggled with aero consistency and tyre management, two issues that the team is hoping the C41 addresses.

The new car is decked out in a livery that is the same colours as 2020 in the red and white, but with a bit more white this year.

The car features a few tweaks to the aerodynamics – a few being all the teams are permitted.

This year’s regulation are a continuation of last season’s meaning Alfa Romeo’s C41 sports largely the same look as last year but it does have a new slimmer and slightly more rounded nose while the team has already revised the front suspension.

“An important decision was made on what we can change on the car,” said team boss Fred Vasseur.

“We had to spend time figuring out where we would invest in the new car. A lot of parts are coming from last season and we had to figure out where to invest our tokens to maximise development.

“Development has been simply so all resources have been focused on this car.”

“For sure the expectations are high,” he added. “It is an exciting time for the team at the launch of a new car.

“The most important is to try improve so to put a goal is limiting. Step by step we have to come back. It is a long path but we will improve.”

“We will see in Bahrain in a few weeks time where we are exactly.

The team will be hoping that engine partner Ferrari comes to the party this season with the Scuderia’s 2020 power unit down compared to the 2019 edition.

Ferrari has been hard at work in the off-season trying to find gains.

Alfa Romeo will shakedown the new car at the Circuit de Catalunya on Friday.