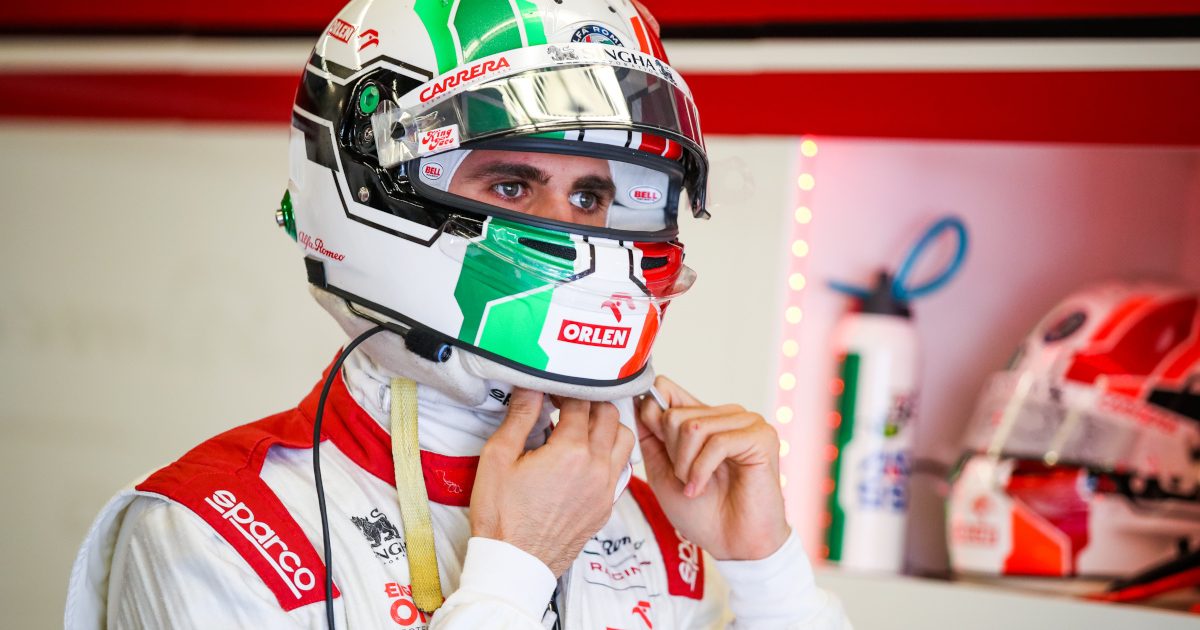 Alfa Romeo team boss Fred Vasseur has “had the discussion” with Antonio Giovinazzi, clearing the air after he ignored team orders in Turkey.

Giovinazzi was ahead of his team-mate Kimi Raikkonen at the Istanbul Park when Alfa Romeo told him to pick up the pace or let Raikkonen through.

The Italian did neither, finishing the race in 11th place with his team-mate P12.

Alfa Romeo lamented what could have been, feeling Raikkonen could have attacked Esteban Ocon for the final points-paying position had he passed his team-mate.

Xevi Pujolar, Alfa’s head of trackside engineering, said at the time: “I did not understand well why we could not swap at this point, because also when we have got both cars then we can change it back depending on the situation.

“For sure, for the team, that was not ideal.”

The team has since spoken with the driver, discussing both his race, which Vasseur feels was “too conservative”, and his failure to adhere to team orders.

“At one stage Kimi pushed more, and we thought that we were able to keep the tyres, and we asked Antonio either to push or to let him go,” Vasseur said as per Motorsport.com.

“He was probably too conservative, but I don’t want to blame him. But we had the discussion.

“He was a bit lost with the quantity of the attack he has to do, that for sure he could be much faster. And he was too conservative.

“We lost the points, clearly, but I don’t want to blame Antonio that we had the discussion.

“I think he was sticking to the plan and when we had the window to push more, he took two or three laps to understand that he could push more. It is like it is.”

Asked if the team had cleared the air with the driver, Vasseur replied: “Yes.”

Giovinazzi is at present a driver under threat, the Italian said to be losing his race seat at the end of this season.

And with no other options open on the grid, that means either a test driver role or the end of his Formula 1 career.

The fight for the last remaining seat on next year’s grid is being Formula 2 driver Guanyu Zhou and Colton Herta, the latter said to be Michael Andretti’s favourite should he purchase an 80 percent stake in the team.

Asked about his driver line up, Vasseur said he was “not in a rush” and had a “couple of options and we will take a decision soon.”