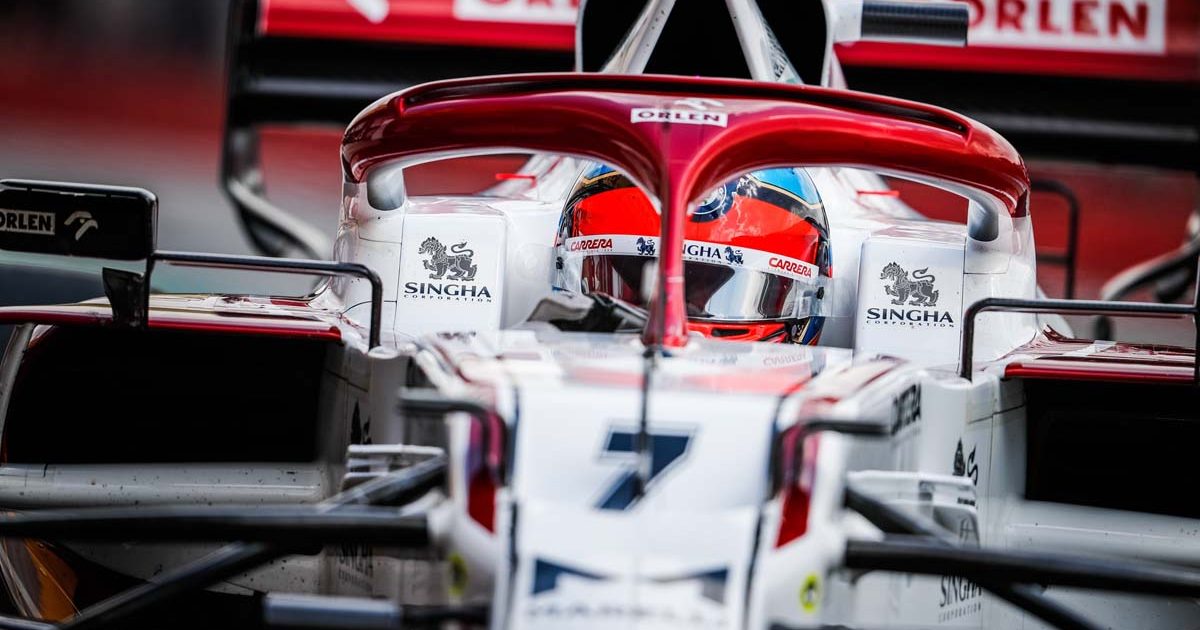 Alfa Romeo say a delayed communication from the FIA was the main factor behind a 30-second time penalty that took Kimi Raikkonen out of the points at Imola.

Raikkonen had finished P9 on track in a frenetic Emilia Romagna Grand Prix, but the penalty came after the chequered flag – in odd circumstances. The 2007 World Champion had spun behind the Safety Car as the race was restarting following a red-flag incident between George Russell and Valtteri Bottas.

As the race was having a rolling restart behind the Safety Car, rather than being in a specific Safety Car period, Raikkonen was meant to regain the positions he had lost before the race got properly under way again.

Red Bull’s Sergio Perez was stung with a hefty penalty for running wide during a Safety Car period and losing places before overtaking the cars he had fallen behind to take his previous position.

As a result, Alfa Romeo wanted to clarify what Raikkonen needed to do to avoid a penalty by contacting FIA race director Michael Masi. However, the response came too late for Raikkonen to take his correct place in the queue – which meant the Finn dropped out of the points after the chequered flag.

“The only thing I can say is what happened on track and what we did,” said Alfa Romeo’s head of trackside engineering, Xevi Pujolar, quoted by GP Fans.

“When we asked Kimi, also he was asking should we recover the positions. There was a bit of a question mark between whether it was a formation lap or whether we were behind the Safety Car and then we had some confusion.

“We asked for clarification from the FIA. While we were waiting for the clarification and were waiting to stand by, we got our answer too late so we stayed in the position we were. After that, the result was we had the penalty. That’s about it.”

Raikkonen himself was as pragmatic as ever after the race, believing he had managed to get the most out of his car before he was penalised for this unusual infringement.

“It’s only the second race, so obviously [points] are better than nothing,” Raikkonen said to Formula1.com before his penalty was applied.

“We were higher up, then I spun when we were on the formation lap. Anyway, the Mercedes would have passed us anyhow and it didn’t make much difference.

“I think we felt quite okay on the intermediates and on that medium set to start with when we swapped the tyres. I had the grip but we were just too slow. Luckily it’s a difficult place to overtake so we could keep them behind.

“In certain parts of the race it was pretty good. It felt like we were faster than some of the cars in front but it’s okay, we got the maximum we could.”