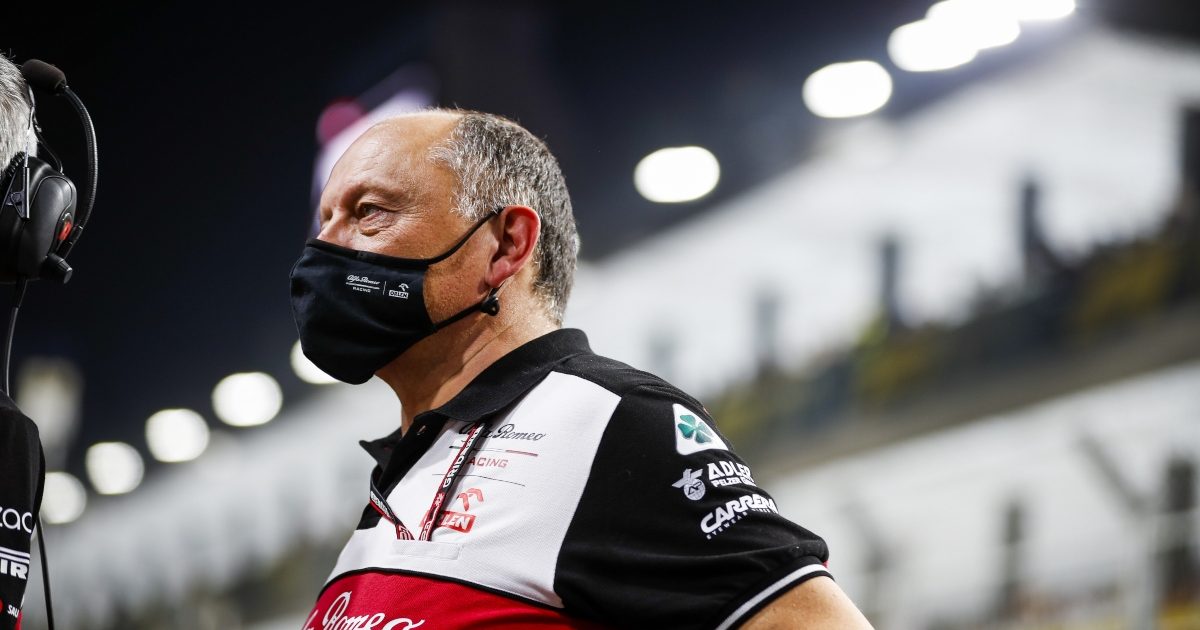 Regret is one of the overriding emotions Frederic Vasseur has about the 2021 campaign due to the opportunities Alfa Romeo missed.

It was a mixed season for the Italian team for they scored more points and were more competitive than in 2020 but ultimately finished a place lower in the standings, being surpassed by Williams.

They were often as strong or stronger than their British rival in terms of outright pace, but were unable to capitalise as often when chances to finish in the top 10 presented themselves.

That gave the team principal a “strange feeling” about the season as a whole.

“I have a very strange feeling because I think in terms of pure performance, we did pretty well,” said Vasseur.

“We had a huge step compared to last year, probably the best in terms of pure performance compared to pole position. But on the other hand, we missed the good opportunities of the year.

“In Budapest we were involved in a crash, at Spa we had some missed opportunities on our side, in Bahrain we had an issue during a pit-stop, at Imola Kimi [Raikkonen] spun on the formation lap.

“It cost us two points here, four points there. It’s a strange feeling because in the end, the only thing making sense is the points. It doesn’t matter to be faster if you are not scoring points.

“It’s a bit of the frustration of the team that we had a step forward in terms of performance but we didn’t score the points.”

A great performance by Antonio brings home two points in a chaotic race! 🥳

Of the team’s six top-10 finishes, four of them came in either the first six races of the year or the final five, with little success being enjoyed between those periods.

The struggles in the middle of the year were made all the more costly by the fact Williams scored all of their 23 points in that time, securing excellent results either side of the summer break.

Vasseur does not want to read too much into all of that though, saying that while results may have suggested otherwise, his team’s pace remained fairly consistent throughout the year.

“During the season, it was really up and down,” he added.

“We had a good start until Monaco or something like that, then we had a tough period in the summer. Then it came back in the last part of the year.

“But it’s very difficult to analyse because if you look at the classification it’s clear, but if you look at pure performance it’s a matter of one-tenth completely changing the picture.

“When you are trying to have a look at the season, we have to be careful on this. Overall, if I have to rate the season, I would say good on performance, bad on results.”