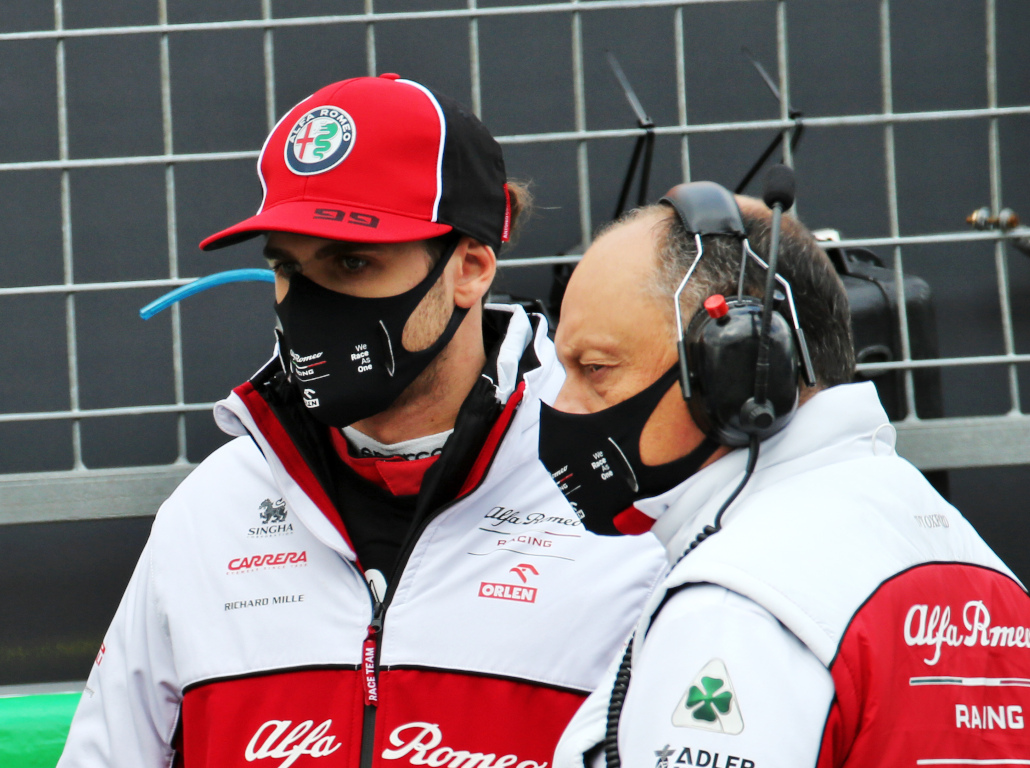 Frederic Vasseur has admitted Alfa Romeo “lost the thread” and “overreacted” after making a disappointing opening to this season.

In contrast to a fine start to their first campaign back in F1 as a constructor in 2019, when Kimi Raikkonen began with four consecutive points finishes, the Swiss-based operation kicked off 2020 poorly.

Over the first eight races, Antonio Giovinazzi’s P9 in a chaotic curtain-raiser, the Austrian Grand Prix, was the only time Alfa Romeo enjoyed a top-10 finish.

From the Tuscan Grand Prix onwards though, things have improved and there have been four more points-scoring results with Raikkonen and Giovinazzi finishing P9 and P10 respectively in the Emilia Romagna Grand Prix at Imola.

Alfa Romeo team principal Vasseur suggested in an interview with Auto Motor und Sport that a slight panic had set in within the team when the campaign started so badly, with Giovinazzi and Raikkonen starting race three, the Hungarian GP, on the back row of the grid.

“We didn’t immediately discover our problem, which partly originated from the [Ferrari] engine,” said Vasseur, whose drivers had finished fourth and fifth in the penultimate race of 2019, the Brazilian Grand Prix.

“Suddenly we were only in 17th place. We overreacted in terms of set-up and strategies. After the first three races, we lost the thread.

“When we woke up in reality, we changed our approach. In the first step, we wanted to move from 17th to 16th place. So we fought our way forward step by step, especially after the fifth race.”

That fifth race to which Vasseur refers was the 70th Anniversary Grand Prix at Silverstone, which resulted in another double back-row start and P15 and P17 finishes.

Asked what, apart from the engine, had sent Alfa Romeo backwards, Vasseur replied: “I don’t even think there was anything wrong with the chassis.

“It was more the way we and the drivers reacted to the problems at the beginning. When things don’t go as they should, sometimes you try to force it.

“It’s a strange season. In the beginning we had maybe 30-40% of our people in the factory [due to the global health pandemic].

“In the first race there were points, in the second it rained on Saturday. The race pace was good in Budapest but not the speed in qualifying. The picture just wasn’t in focus. It was only after Silverstone that there was a little more calm.

“But the work is not finished yet. We are not where we want to be yet. But we can fight for Q2 and sometimes we end up in the middle of Q2.”