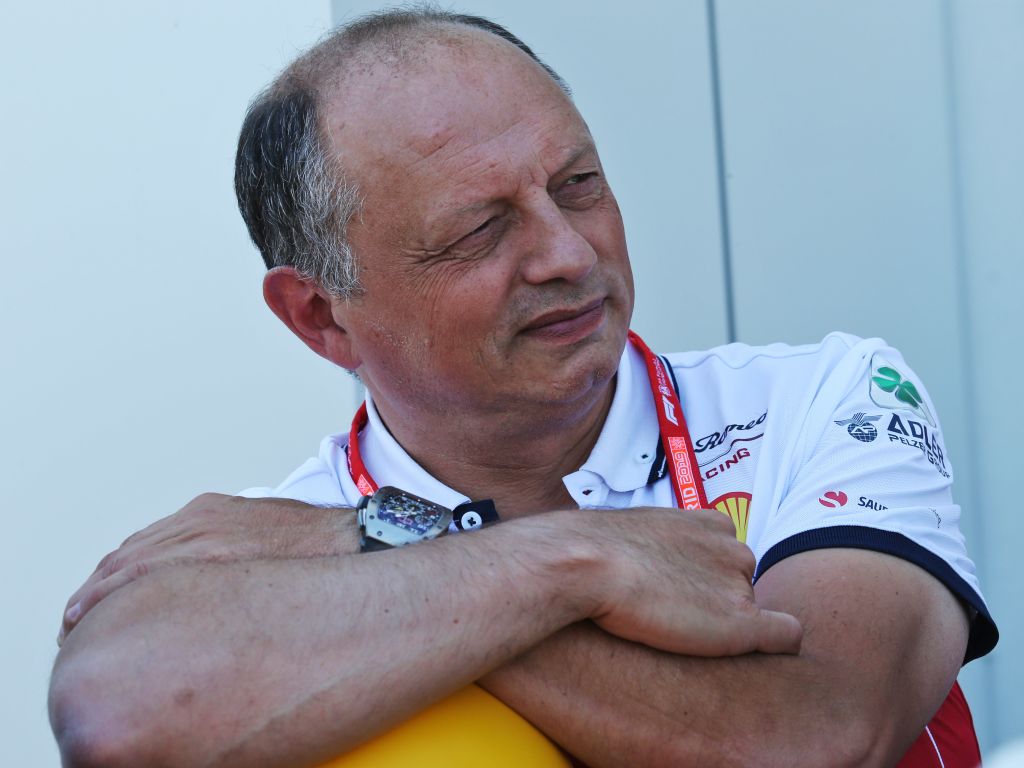 Alfa Romeo principal Frédéric Vasseur hopes a series of upcoming updates will help the team catch and compete with McLaren.

Kimi Raikkonen scored points for the team in all four of the opening rounds in 2019, however a baron spell from Spain to Canada derailed their progress somewhat.

The Finn returned to the points in France and Austria, while Antonio Giovinazzi secured Alfa’s first double-points finish of 2019 at the Austrian Grand Prix.

However, McLaren have made big improvements in recent rounds and are now the clear leader of the midfield pack. Alfa know they aren’t at their level yet, though Raikkonen did battle with Lando Norris at the Red Bull Ring before losing out to the McLaren rookie.

Nonetheless, the Ferrari-powered outfit have a series of upgrades in the pipeline, and Vasseur confirmed they are “pushing like hell” to catch McLaren.

“I think we did a good step forward over the last two or three races,” Vasseur told Motorsport.com.

“We have to improve a little bit the pace to be able to fight with the McLarens, which will be the next target.

“If you look at the last few races they were ahead, but we have good updates in the pipeline. For sure we need to do a step forward to fight with them in the races.

“We have a package for Silverstone and some other updates for Germany and Hungary, but we have to be realistic, everybody is pushing like hell, and they will also bring something.”

Giovinazzi has turned around a difficult start to his first full Formula 1 season, and double-points finishes on a regular basis will be a must if Alfa are to trouble McLaren in the Constructors’ Championship.

For now though, Vasseur is just happy that the Italian is off the mark.

“Antonio is also able to score points now, so it’s good for the team,” he explained.

“He needs it, because the last few races he was very strong in qualy, he was matching Kimi. At the same time the races were a bit more difficult, so it was important for him to score points.

“At least he won’t have any more the question about when he will get the first points. The pace was there and he did a very strong race, and it was an important step in his own season.

“We had the two cars in sixth and seventh on the grid, and the target was to finish in the points.

“We understood before the race that it would be difficult to keep Sebastian [Vettel] behind, and even [Pierre] Gasly.

“We had the top six cars in front us, plus the two McLarens. I think it was more or less the best we could achieve. So let’s see the next one.”