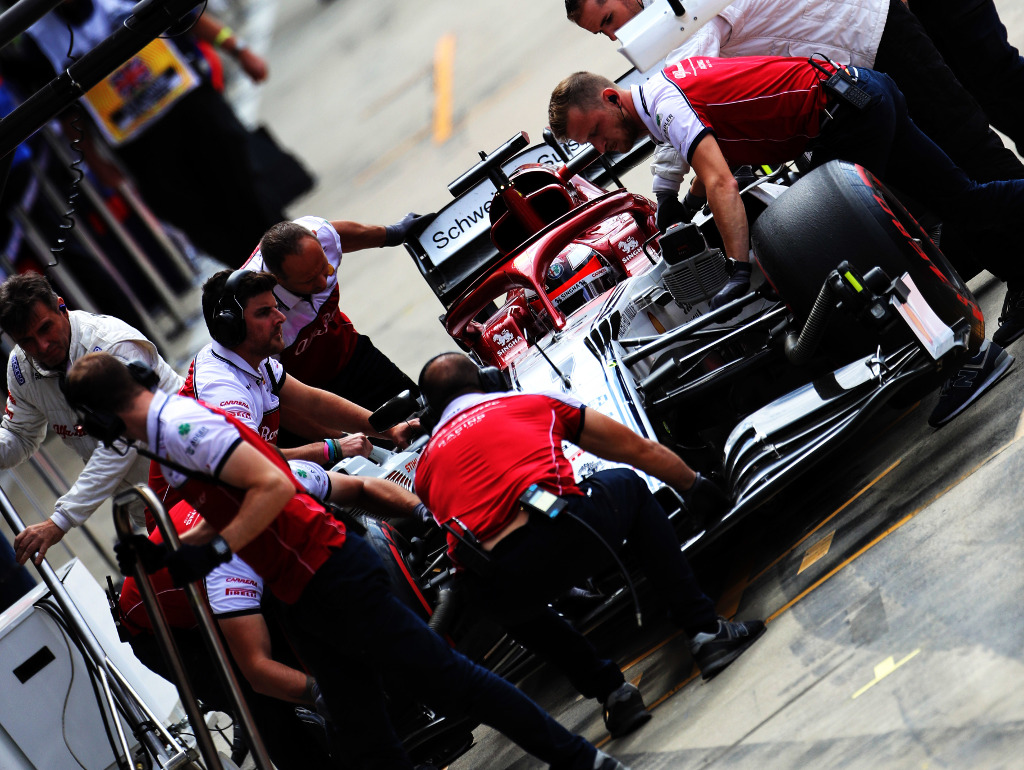 Alfa Romeo have lodged a former appeal against the penalties which cost Kimi Raikkonen and Antonio Giovinazzi points at Hockenheim.

The FIA ruled that both drivers had breached clutch regulations at the start of the rain-affected German GP, with their torque delivery potentially giving them an advantage.

Raikkonen and Giovinazzi both received 30-second penalties, dumping them from P7 and 8 to P12 and 13 respectively.

Team principal Frederic Vasseur confirmed shortly after the ruling that they intended to appeal and had grounds to overturn it.

“The situation arose during the laps we spent behind the safety car ahead of the standing start – we suffered a dysfunction of the clutch that was beyond our control and we will further investigate the issue,” he said.

“We respect the FIA’s process and the stewards’ work, but will appeal this decision as we believe we have the grounds and evidence to have it overturned. In this regard, we will be in touch with the FIA soon.”

Alfa Romeo Racing lodged an appeal against the decision No. 56 and 57 of the Stewards of the 2019 German Grand Prix. #GermanGP pic.twitter.com/OJ7V6TznzB

A notification to appeal was lodged by the team on Sunday night, and now Alfa have confirmed ahead of the Hungarian Grand Prix that it had formally submitted the paperwork to confirm they wish to go ahead with the appeal.