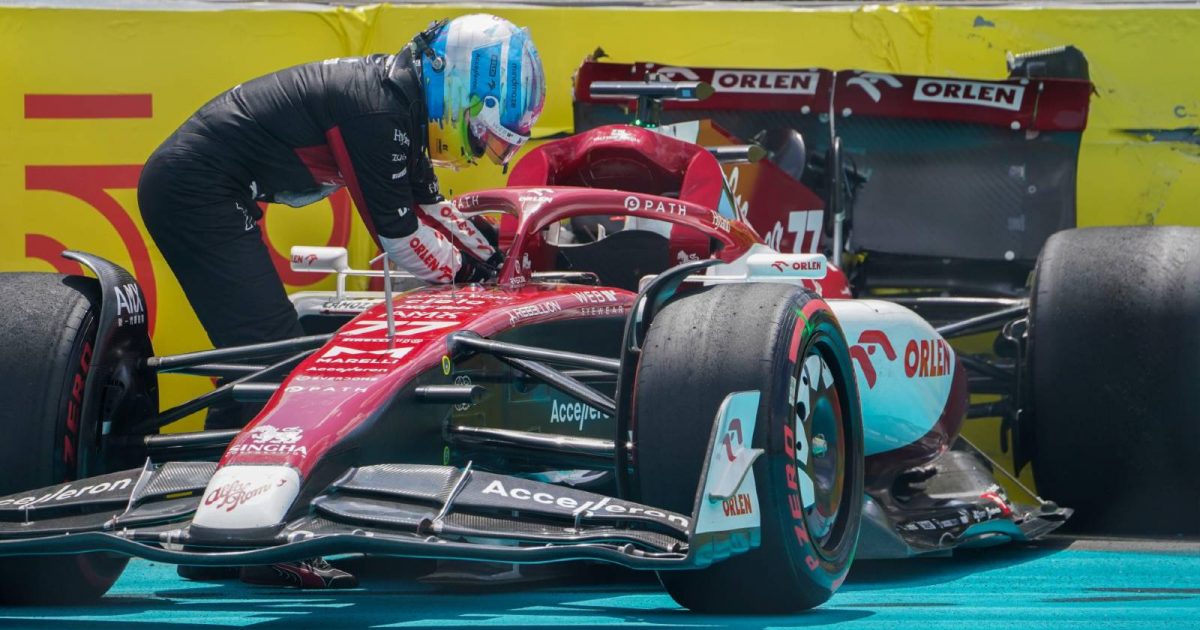 Valtteri Bottas says it is vital Alfa Romeo eradicate the issues that have plagued their season so far at the Azerbaijan Grand Prix.

Alfa Romeo’s pace has been an impressive feature of the 2022 campaign, for they are among the teams that have hauled themselves up the pecking order as a result of the new F1 regulations.

Having scored a miserable eight points in 2020 and 13 last year, Alfa Romeo have already easily eclipsed those combined totals with 41 this time around – all but one from Bottas – to sit fifth in the Constructors’ standings.

But it could have been even better. It is not the C42’s competitiveness that has prevented the Swiss-based squad from bagging more points, instead reliability and pit-stop errors proving costly.

There has been the occasional on-track incident too, with some free practice woes leaving the team playing catch-up and Bottas to joke: “I told Fred [Vasseur, team principal] already that for Baku I should maybe come on Friday night.”

📣"We are heading to Baku with the aim to continue our team’s progression this season. I do expect our car to suit this track but, then again, our C42 has been performing well in all kinds of circuit so far."

Of course, the Finn, who won in Azerbaijan for Mercedes in 2019 having been cruelly robbed of victory by a tyre blowout the year before, will be playing a full part as usual in the forthcoming race weekend – and hopes it goes smoothly so Alfa Romeo can fulfil their “full potential”.

“Baku is a place with both good and bad memories for me, so I definitely hope to add some more of the pleasant kind this weekend,” said Bottas in the team’s preview.

“It’s crucial we can have a trouble-free weekend. We have been having some good results despite some Friday issues so far and if we were to fix these, we could really see the full potential of our package.

“We know we can fight towards the front when we do it and it has to be the aim here as well.

“This is a track that can produce some chaotic races, so we will need to be ready to make the most of any opportunity. It could be a lot of fun on Sunday.”

The 32-year-old’s team-mate, Zhou Guanyu, has scored only one point so far in his rookie campaign, on his debut in Bahrain, but joined the call for a “clean” weekend.

“Baku is an enjoyable track that offers a lot of opportunities and I’m aiming for a clean, good weekend in which we can really show what we can do as a team,” said the Chinese racer.

“The potential we have is obvious and I can see I’m progressing more and more each weekend – now it’s a matter of putting everything together and getting the result we deserve.

“If we have a clean Friday and a good qualifying, we will be in position to bring home a good result in the race.”