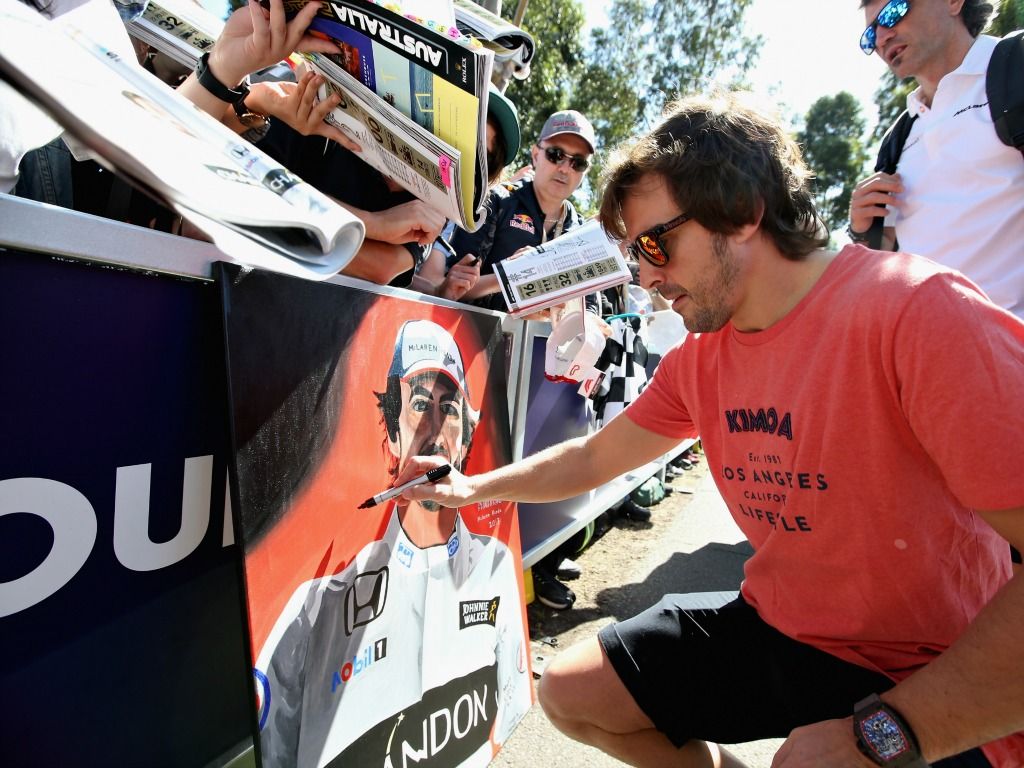 Fernando Alonso is embracing the openness the Daytona 24 Hours event enjoys with its fanbase and does not think it can be replicated in Formula 1.

Alonso is back for a second crack at the Daytona 24 Hours this weekend after finishing P38 in an unreliable United Autosports Ligier LMP2 in 2018.

The Spaniard, now racing for Wayne Taylor Racing Cadillac, is soaking up the atmosphere which is very different compared to Formula 1.

“There were a lot of good moments last year and already this year a couple of kids were even jumping in the car at one point,” said Alonso.

“They get really close to the teams, to the drivers, to the cars. They can even touch the car if they want.

“It’s just something unthinkable in Formula 1 or racing in Europe, so I think that’s the nice part of this atmosphere and this race.

“I know it will be even bigger with all the fans here and how close they are on pitlane as well.

“When you jump in the car, you’re still signing autographs and taking pictures even with the helmet on, waiting for the car to come to pit lane.

“Sometimes you need to tell them you are in a critical moment and you should be ready to jump in.

“But at same time if you embrace that and enjoy that, it is a very nice event and very nice emotion to see all the passion from the fans when they see the cars.”