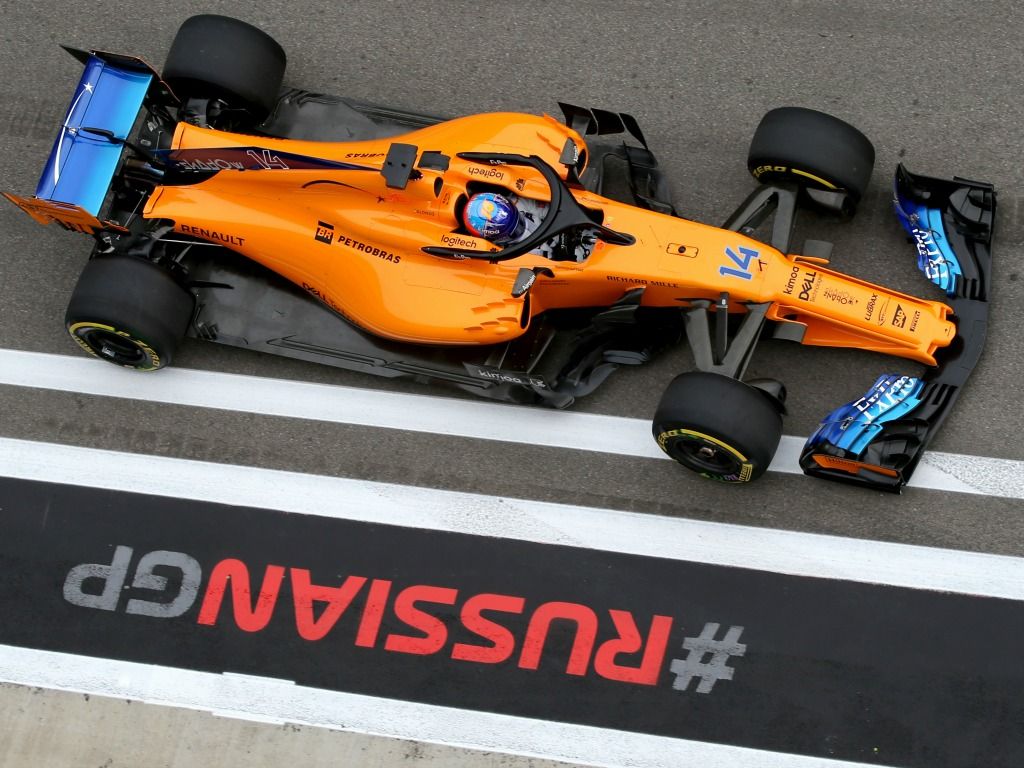 Fernando Alonso says that the smart tactic McLaren put into play in FP1 was their “biggest gain” of the weekend.

The two-time World Champion came into the weekend knowing the Renault engine in the back of his MCL33 needed changing, giving him penalties for the Russian Grand Prix.

Under the current regulations, the grid order for drivers with engine penalties is decided by the order in which new elements are first used on track.

Thanks to Lando Norris, who was in the car for FP1, Alonso will start in P16 after the young Brit was first in the queue to leave the pit lane on Friday afternoon.

“That’s the biggest gain we did the whole weekend, four positions in FP1,” Alonso said.

“Tomorrow hopefully we can fight for points. We know this circuit is tough for us.

“We knew that coming here and that’s why we took the penalty, but at Monza we were uncompetitive and we retired the car when we were P11, so I think tomorrow the points is still the target.”

Alonso was half a second faster than team-mate Stoffel Vandoorne to keep up his perfect record over the Belgian in qualifying this term.

However, the Spaniard said that his main focus for qualifying was to give Vandoorne a tow in an attempt to get him in Q2.

“The first lap I did it without the qualifying mode on, without anything and with a lot of fuel, and then the last time we were out on track I was running with used tyres just to give him a tow in the first straight,” he said.

“But the positions were already set for tomorrow so we just tried to be within the 107% to avoid problems and after that I tried to help Stoffel.

“He couldn’t make it to Q2 but he’s starting ahead of me tomorrow anyway.”