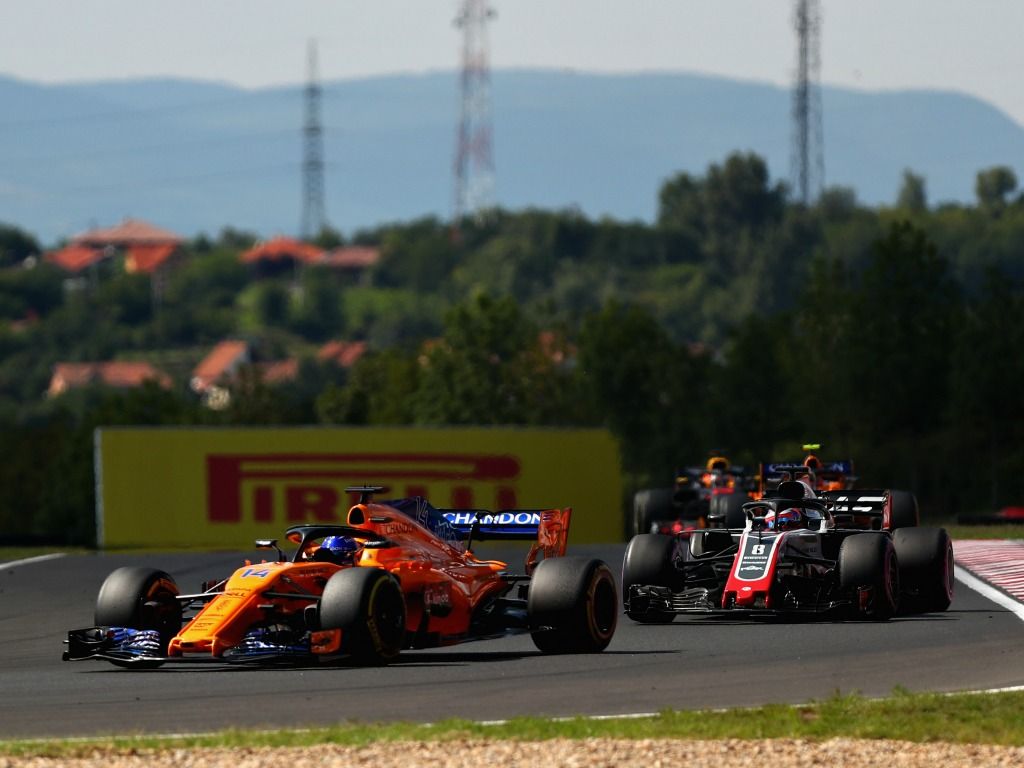 Fernando Alonso has admitted that Romain Grosjean did a “better job” than he did on the VSC restart, which saw the Frenchman overtake the McLaren man.

As the VSC ended after Max Verstappen’s retirement, Romain Grosjean timed his acceleration to perfection, and got past Alonso down into Turn 2.

At the time, the two-time World Champion believed that the Haas driver had done so illegally, saying this over the team radio:

“Grosjean passed me under the safety car. I was right on the delta [minimum time limit] so I don’t know.”

However, after the race, Alonso admitted that Grosjean simply got the better of him at the restart.

“We have a few seconds of warning that the safety car is going to end so I tried to get close to the delta that you get, and when it went green I went full throttle and Grosjean was already by my side,” Alonso said.

“He must have had a perfect acceleration and a perfect timing, so I lost the position there.”

Haas team boss Guenther Steiner suggested that it was another attempt at Fernando Alonso trying to manipulate the stewards into giving him decisions, though.

“We didn’t do anything wrong, we didn’t get a break – that is quite a black and white decision,” Steiner said after the race.

“It’s not an opinion, it is a timing issue – did he [Grosjean] go past or not [unfairly]? No, end of story. He did a good job. It was done clearly and it was clean.

“He [Alonso] tries it all the time and I think the stewards get enough of it as well.”

Despite losing that position, the Spaniard finished in P8 on his birthday, thanking his “amazing” McLaren pit wall for their strategy call.