Home News Alonso: Hard to say if I would have won in 2018 Ferrari 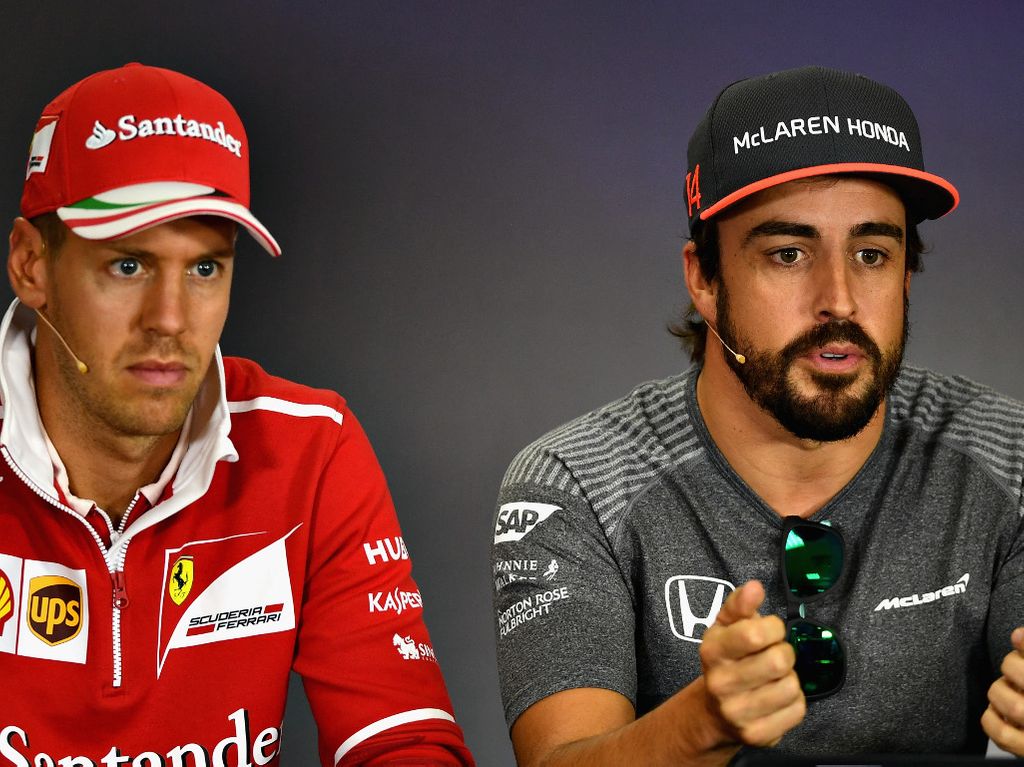 Fernando Alonso has refused to jump on the bandwagon and criticise Sebastian Vettel for losing last year’s title race, saying he “fought until the end” and remains a “champion”.

Last season Vettel looked to be the favourite to win the Drivers’ Championship only for his season to implode midway through the campaign.

Mistakes from the driver and his Ferrari team handed the momentum to Lewis Hamilton who romped to his fifth World title.

Vettel had to settle for second.

Put to him that he would have won the 2018 championship had he been driving the SF71H, Alonso told Corriere della Sera: “These are difficult predictions.

“Who is ahead, fighting to win and always has everything to lose. And everyone is wrong.

“Perhaps he lost important points but Hamilton also lost them and Vettel did much better than Raikkonen, he fought until the end. He is a champion.

“When he won four World titles everyone spoke of him as a phenomenon and now the same happens with Hamilton.

“The truth is that it’s never easy when you’ve got such massive attention and pressure on you.”

Looking ahead to 2019, Alonso will be watching on from the sidelines having decided to quit the sport at the end of last year.

One thing he is looking forward to seeing is how Robert Kubica does upon his return to the F1 grid.

Asked who he’ll be keeping an eye on, he replied: “Robert Kubica.

“His story is unbelievable. Up until a few months ago Robert seemed to have lost all possibility.

“He will drive like he has nothing to lose because that is the case.”

The Spaniard is also keen to see how Charles Leclerc rises to the challenge in his first season with Ferrari.

“Then there is Leclerc at Ferrari. He’s young, intelligent and talented.

“Learn to score points, to help the team, to know that the title is only decided between July and September.

“Do not be in a hurry and control his excitement and emotion.”

As for the title race, he added: “I’m curious to see if Mercedes’ dominance will end. I feel the moment is near.”