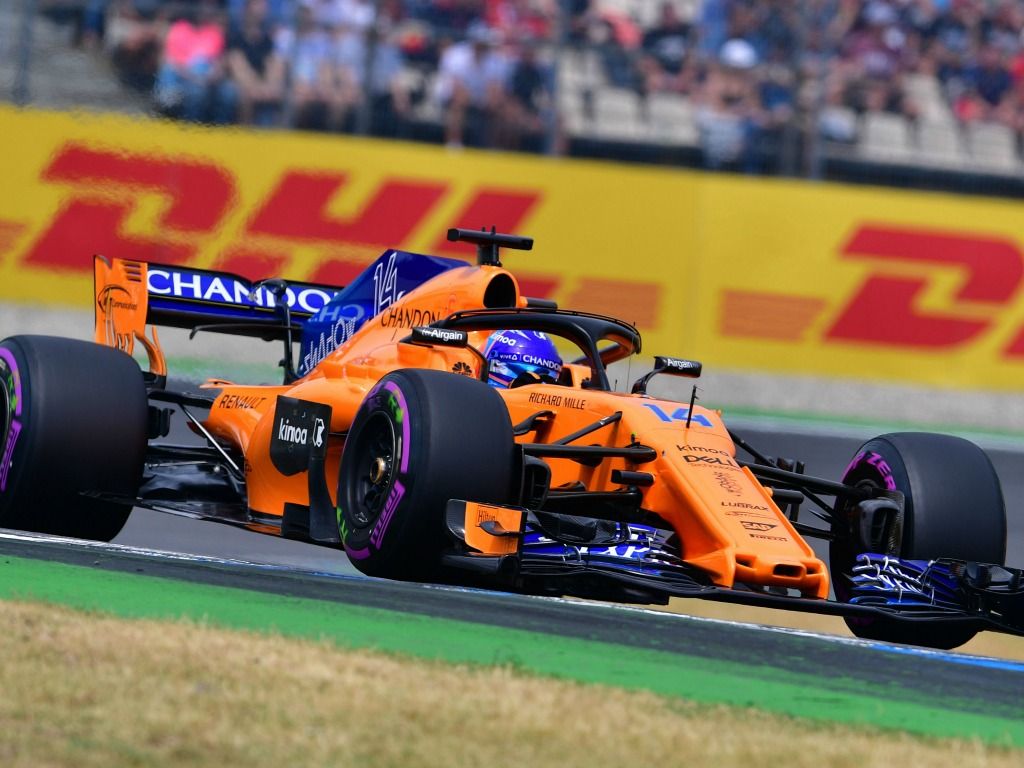 Fernando Alonso has called for a “deep investigation” into Stoffel Vandoorne’s recent woes after the Belgian was out-qualified once again in Germany.

Alonso currently leads Vandoorne 11-0 in the intra-team qualifying battle, but the two-time World Champion does not think that his team-mate is performing as badly as the stats suggest.

“I think he’s doing what he can,” Alonso said about Vandoorne.

“Definitely the last two races it seems that car has some kind of performance issue, and there are clear signs on the data that there is less downforce on that car.

“We’ve been changing some parts, and we need to go deep into that investigation because with both cars close to the points is always a little bit easier.”

Alonso qualified in P11 for the German Grand Prix, while Vandoorne was slowest of everyone and went out in Q1.

After calling the FP1 and FP2 sessions the worst Friday of his career, Vandoorne conceded that he is going through a tough time.

He said: “I think the situation is the same as Silverstone. Since we hit the ground in Silverstone, we were by far the last car and it turned out the same today.

“I can’t really tell anything more. It’s frustrating. We changed a lot of parts on the car and it still doesn’t work.

“Definitely I didn’t forget how to drive a car. But the cars are in a similar spec, it’s just that we can see an issue on the car.

“We’ve changed over a lot of parts already and at the moment we don’t really have a solution to just make it work normally.

“It’s not linked to the set-up at all. It’s something on the car that doesn’t work.

“We’ve almost changed everything on the car. We see the problem on the data. Right now we don’t have a solution.”