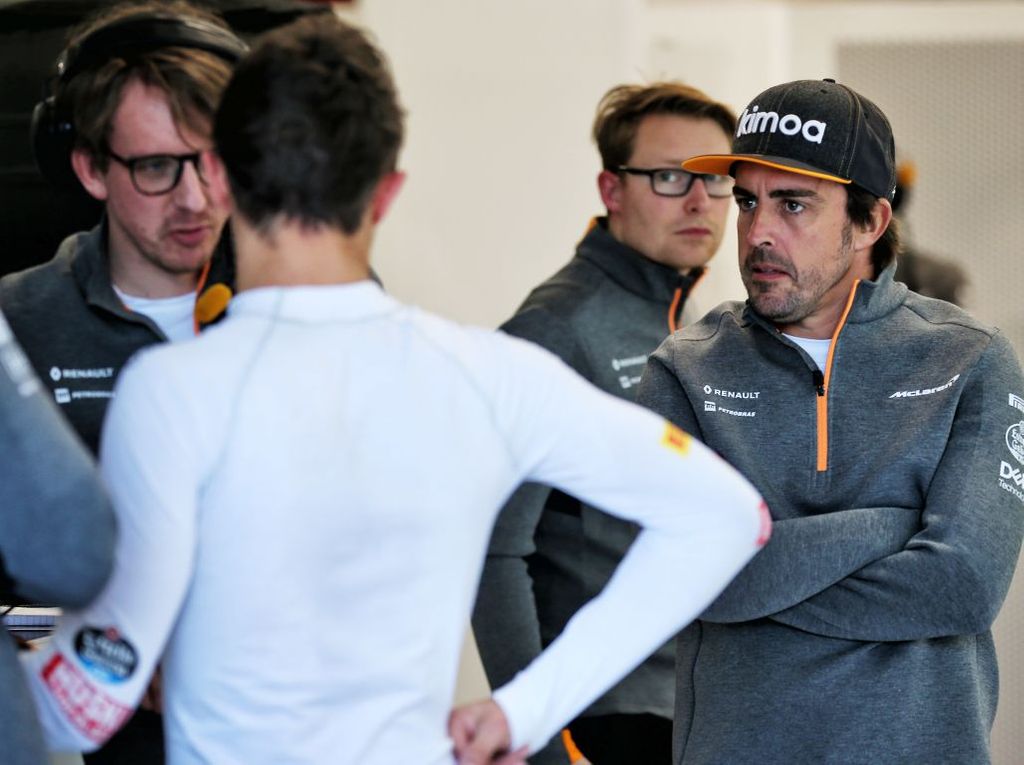 Fernando Alonso is impressed with McLaren’s new driver line-up as he begins his ambassador role with the team.

The two-time World Champion was announced as a McLaren ambassador on 27 February, and will take part in selected tests for the McLaren MCL34 as well as for the MCL35 for 2020.

The Spaniard will also provide technical feedback and support to McLaren’s new drivers Carlos Sainz Jr. and Lando Norris throughout the season.

Speaking via Crash.net, he said: “I think it’s a good combination of drivers and a good fit for the team as well because a lot of the team is new and young and coming from different teams as well.

“I think it’s a very good integration with a fresh approach and I think Carlos has probably more experience than Lando for sure with years in Formula 1.

“Lando has some natural talent but needs to be refined and with experience he will become stronger and stronger after the first Grand Prix.

“I think they are both well prepared and for me it’s more to make sure that what they feel and what they drive on track is well understood by the engineers because sometimes the drivers will speak one language and the engineers they understand differently.

“Otherwise the engineers will see lines on the data and they suggest set up changes that as drivers may be we are not asking for. I think that clarification is probably the biggest thing I can play especially with them that they are very new to the team.”

Norris spoke of the value which Alonso’s support carries for a young drive like himself.

“Having Fernando on the team is fantastic,” the rookie told El Mundo Deportivo.

“He has experience, he thinks about things that I do not know yet and just being here has helped us.

“Even when he doesn’t drive, there are things that can help me with my driving or the performance of the car. We have to be grateful that he is part of the team again.

“Hopefully he can help us at some races too.”