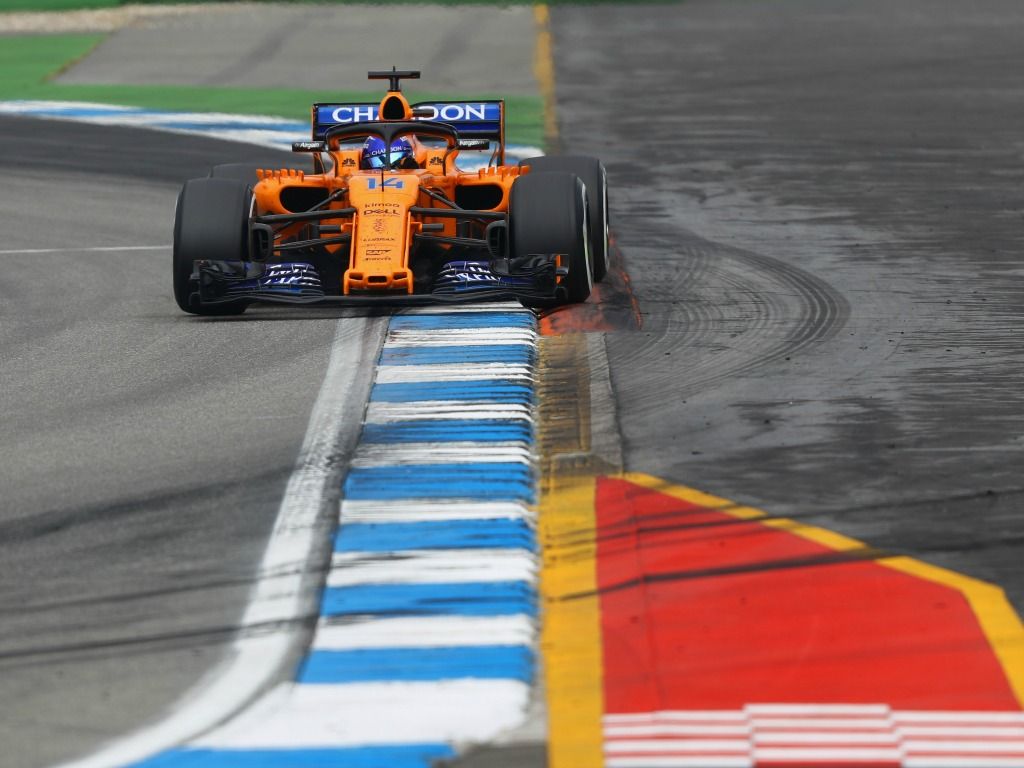 Fernando Alonso was classified in P16, the last of the runners, at Sunday’s German Grand Prix, after a failed tyre gamble.

The Spaniard brought the car into the pits just before the finish to retire his McLaren.

Alonso gambled on the rain sticking around, and put on the intermediate tyres, before the rain stopped and the two-time World Champion lost time.

“We bet on the rain and at the first drops we pitted for intermediate tyres, expecting that it would rain hard in the following few minutes,” Alonso said.

“But, it didn’t, and we were out there on a dry track with wet tyres, so we killed them and then we had to stop again to get back onto dry tyres.

“At that point, our race was compromised.”

The rain came with twenty laps to go, and Alonso was not the only one to pit. Pierre Gasly, Carlos Sainz and Max Verstappen also came in for the inters.

The latter was able to recover, but the first three all failed to get into the top ten. Alonso said that it was more of a rescue mission at that point.

“It was difficult conditions out there, but we weren’t in the points so we had to try something,” the Spaniard said.

“Disappointingly, the bet today was the wrong one. At the end of the race, the team told me to retire the car, as they probably saw something on the data.”