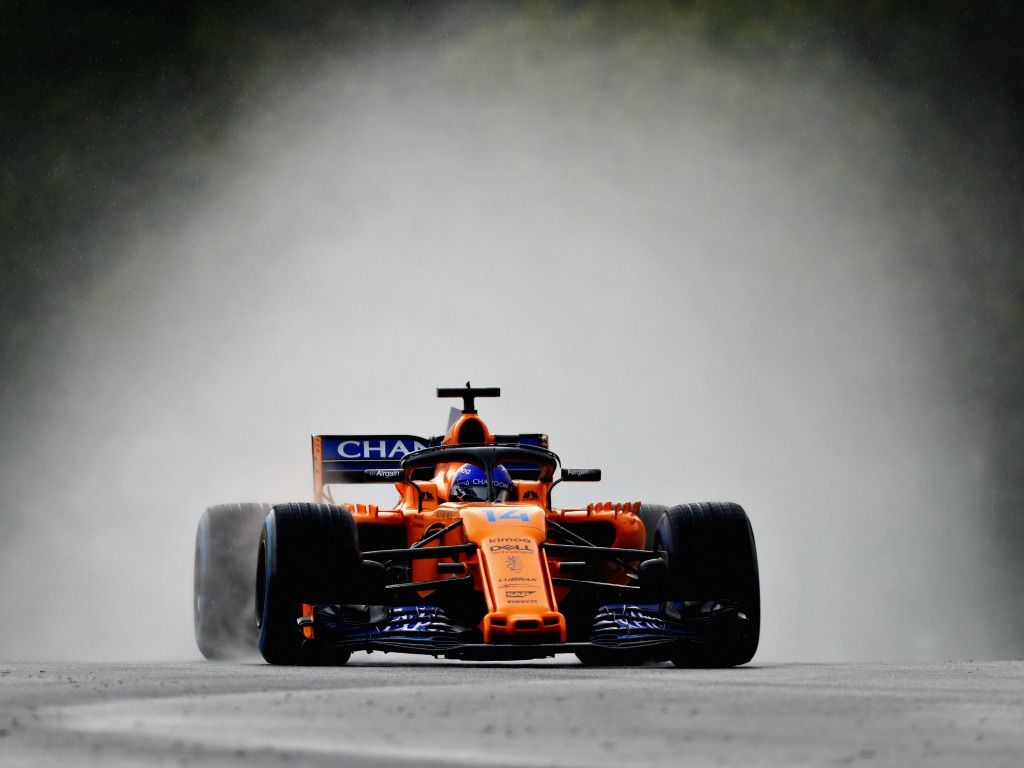 Fernando Alonso has said that he is annoyed that the FOM seem to be singling him out, and constantly playing his radio messages on their broadcasts.

This comment comes after the Spaniard’s messages to his McLaren team were broadcast to the world during the second qualifying session at the Hungaroring on Saturday afternoon.

Team radio is often heard throughout a broadcast at a race weekend, so the watching audience can listen in to driver and team conversations.

However, the two-time World Champion believes that the Formula One Management (FOM) are playing his radio messages more than anyone else on the grid.

“The FOM is quite annoying already with my radio,.” Alonso said after qualifying.

“You cannot improve any more the times, you chat about which tyres to put and if it’s worth doing another run or not. It’s their favourite hobby, so good luck to them.”

The messages in question came during Q2, when the rain was getting harder, and making the track slower and slower.

This meant that improving lap times was becoming impossible, and when Alonso was asked by his team if he should choose new inters or new wets, he chose a third option.

“I think we should go to the garage and see the conditions. With the wets we can go out but if we are 25 seconds slower then it is just running for nothing. We need to improve the P11,” his said on the team radio.

His engineer then said that he would have time for one more run at the end of the session, but the Spaniard wasn’t unduly bothered…

“I don’t know, mate. Put whatever tyre you want. The last sector is impossible so even if you put on a rocket ship we would be 11th.”

Rant over, until after the session, at least.

Despite the issues on the tyre front, Alonso seemed happy with qualifying, saying that P11 was probably better than McLaren expected.

“We haven’t been very competitive this weekend and in Q1 we were already a bit concerned that we wouldn’t make it through to Q2,” the Le Mans winner said.

“Thanks to the rain we managed to get to P11, which is a good place, close to the points zone. Starting positions here are quite important and we are probably further up than we thought we would be.”