Home News Alonso has ‘no fear’ despite big Indy crash 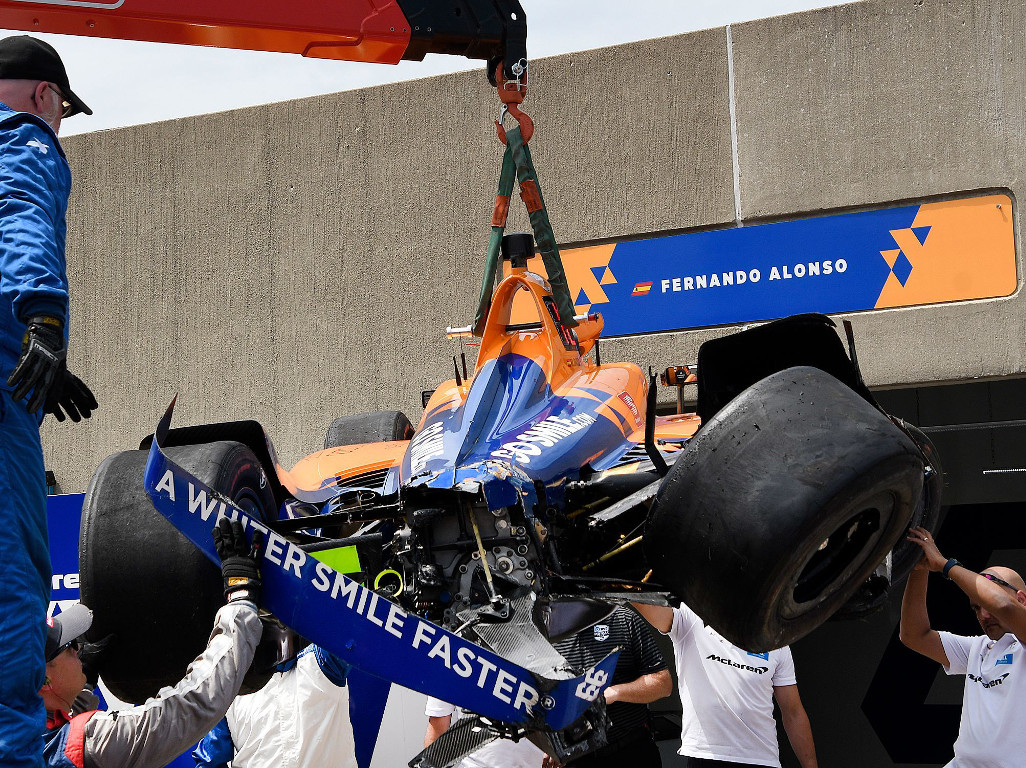 Fernando Alonso says there will be “no fear” when he climbs back into his McLaren IndyCar for Thursday’s practice for the Indianapolis 500.

The double World Champion suffered his first-ever oval crash on Wednesday as he prepared for his second Indy 500 bid.

Putting in the laps, Alonso got it wrong at Turn Three and hit the wall before spinning across the grass and hitting the inside wall.

He then spun back across the track, again connecting with the outside wall.

This was a scary moment for @alo_oficial during #Indy500 practice 👀😳 pic.twitter.com/B7tkrUBvv9

Wednesday’s incident raised questions about whether Alonso was prepared for the crashes that come with racing at ovals.

“I think obviously there is a moment of stress, and this moment of danger that you feel you are in a single-seater and you are very fast and you will hit something at very high speed and it is going to hurt a little bit,” he told Associated Press.

“All the accidents feel more or less the same way, here the difference is the speed you hit the wall is very high.

“It’s not only one hit, normally. The second is coming or even the third eventually will come, so you need to get ready for all of them.

“But I have to say I have a bit lucky enough. This hit was just a brush and it was not a big deceleration, it was just a continuation.

“Overall, it was a first experience, hopefully the last. But not that impressed even with the speeds that high because it was just a brush.”

The double F1 World Champion is looking forward to getting back in the car on Thursday.

“I am always positive. We will be back stronger,” he said. “The team is making sure everything is ready for tomorrow.

“I am ready for tomorrow. No fear. And we will be fast again.”

Qualifying for the 33 spots in the Indianapolis 500 field begins on Saturday.