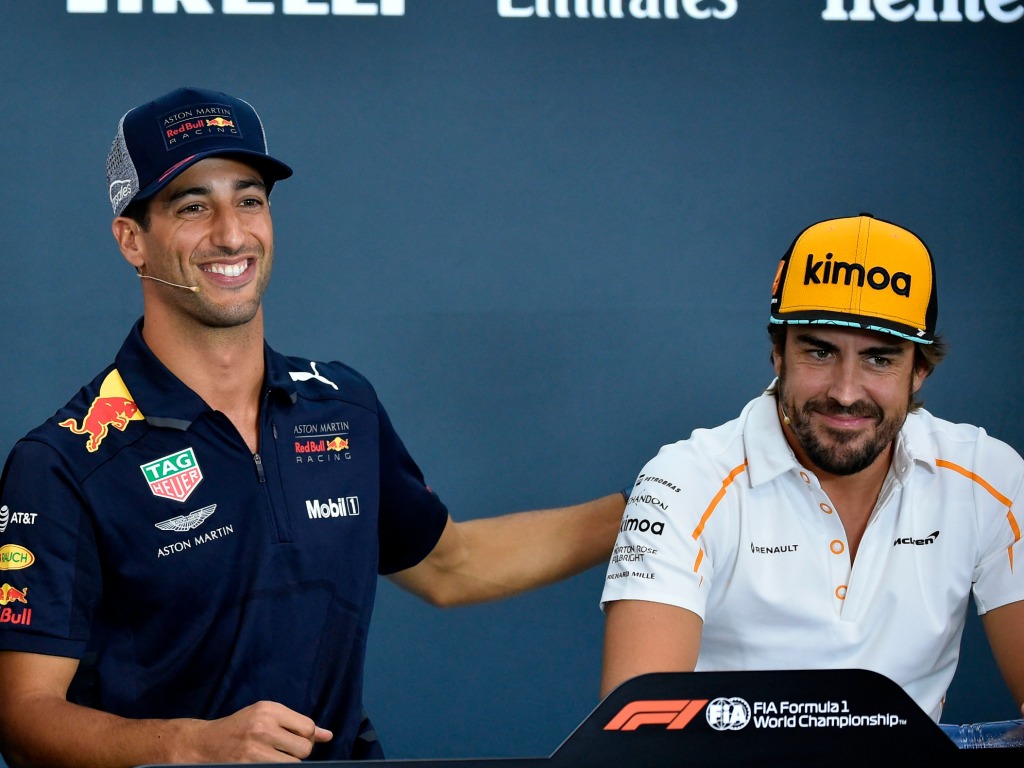 Fernando Alonso has said he turned down the opportunity to replace Daniel Ricciardo at Red Bull next season.

Alonso was top of a lot of wishlists as Ricciardo’s replacement when the Aussie announced he would be leaving for Renault at the end of the 2018 campaign.

But the Spaniard would instead announce his retirement from Formula 1, while Red Bull boss Christian Horner said that the two-time World Champion has a habit of bringing “chaos” to a team.

“But I think it’d be very difficult to see. He’s tended to cause a bit of chaos wherever he’s gone.

“I’m not sure it would be the healthiest thing for Fernando to join the team.”

Alonso laughed off the speculation on Twitter, but the hashtag he used now indicates that he had already turned down Red Bull rather than the other way round.

“From one of the top three teams, l had the offer a couple of times this year,” Alonso told Sky Sports in the Spa paddock.

“It was not the case for me to join that adventure and at the moment Formula 1 is not giving me the challenges I’m looking for.

“Outside Formula 1, I’m discovering different series of motorsport that give you different challenges and makes you a more complete driver and that’s what I’ll try to find in 2019.

When asked if he was referring to Ricciardo’s seat at Red Bull, Alonso replied: “Yes.”

Alonso also reiterated that he is not completely closing the door on returning to Formula 1 in the future.

“For me it is a bye bye, but who knows – things change quickly. I am leaving the door open as I don’t know what will happen in the future.”