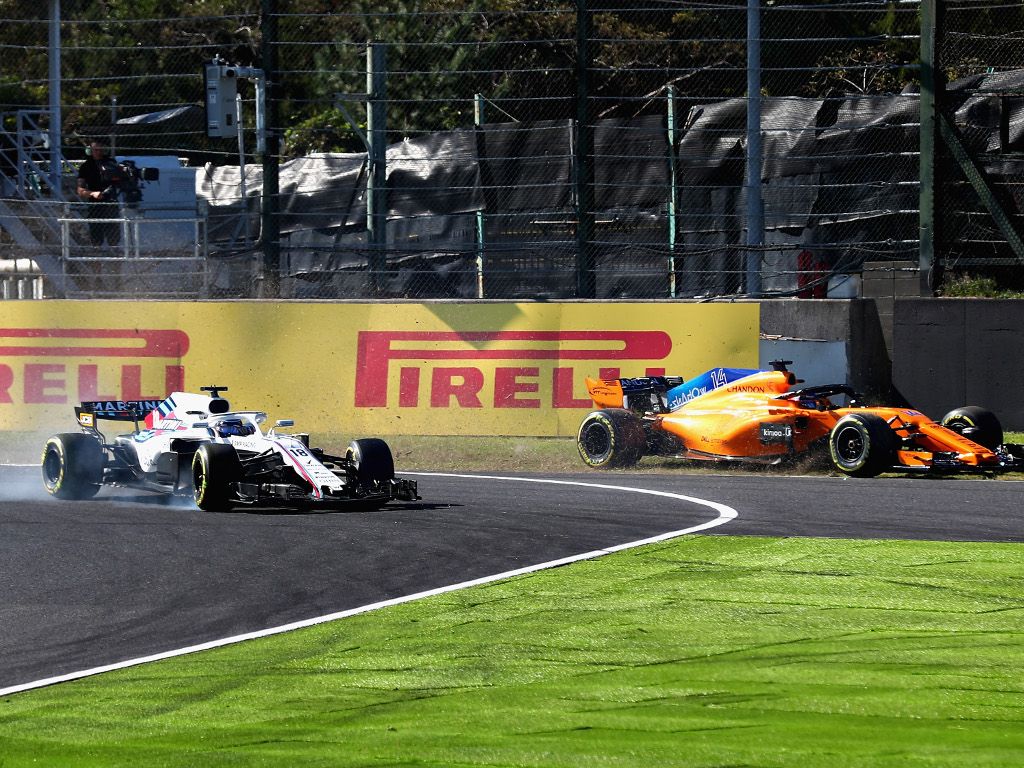 Fernando Alonso believes his penalty at the Japanese Grand Prix shows how “bad Formula 1 is” in terms of random decisions and a lack of consistency.

The double World Champion locked horns with Lance Stroll on Sunday afternoon with the Williams driver forcing him off the track.

As a result Alonso cut the chicane before rejoining the track and was penalised for doing that.

The stewards noted: “Although car 14 was forced off the track, car 14 thereafter cut the chicane and rejoined the track thereby gaining a significant advantage.”

He feels the time penalty was unfair.

“It just shows how bad Formula One is,” said Alonso. “In the decisions, in the randomness, in the pure consistency.

“You are braking on the outside at the last corner, and one guy didn’t see you and came here to apologise after you go on the gravel and you get the penalty.

The Spaniard was quick to point out that his frustrations were not with Stroll as the Williams driver did not see trying to pass him down the inside into the first part of the chicane.

“If he saw me and said ‘I’m going to put you in the grass’ it’s another thing but the stewards are an unfortunate situation in a race situation.

“It doesn’t change much because instead of 14th maybe you finish 12th but you know, it’s the way it is.”

Stroll was also penalised for forcing Alonso off the track with both drivers handed penalty points.