Home News Alonso still in some pain from Spa crash 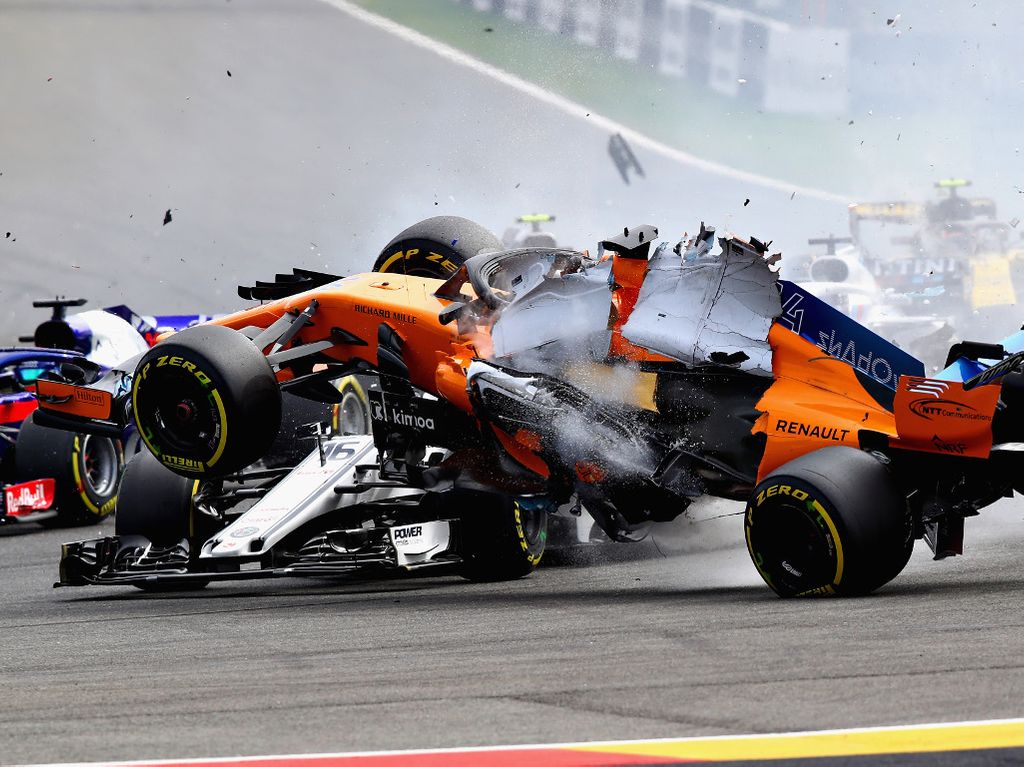 Fernando Alonso is still feeling pain in his right hand having injured it during last month’s crash at the start of the Belgian Grand Prix.

Braking for the first corner at the Spa circuit, the double World Champion was hit from behind by Nico Hulkenberg and sent airborne over Charles Leclerc’s Sauber.

Although no details of an injury were revealed at the time, Alonso arrived in Singapore with strapping across his right hand and wrist.

“I thought that it could be okay by now but it’s more or less at the same level of pain,” he said when asked how he was feeling.

“Probably next week I will do some further checks. We don’t know [if it’s broken].”

Alonso put in 54 laps in Friday’s practices at Singapore with the McLaren driver revealing it doesn’t hurt as much when he is driving.

“While driving, with the adrenaline and everything, you don’t feel it at all,” he said.

“But with the normal day things, like cleaning teeth, you do feel some pain.”