Home News Alonso: Vandoorne has ‘nothing to prove’ 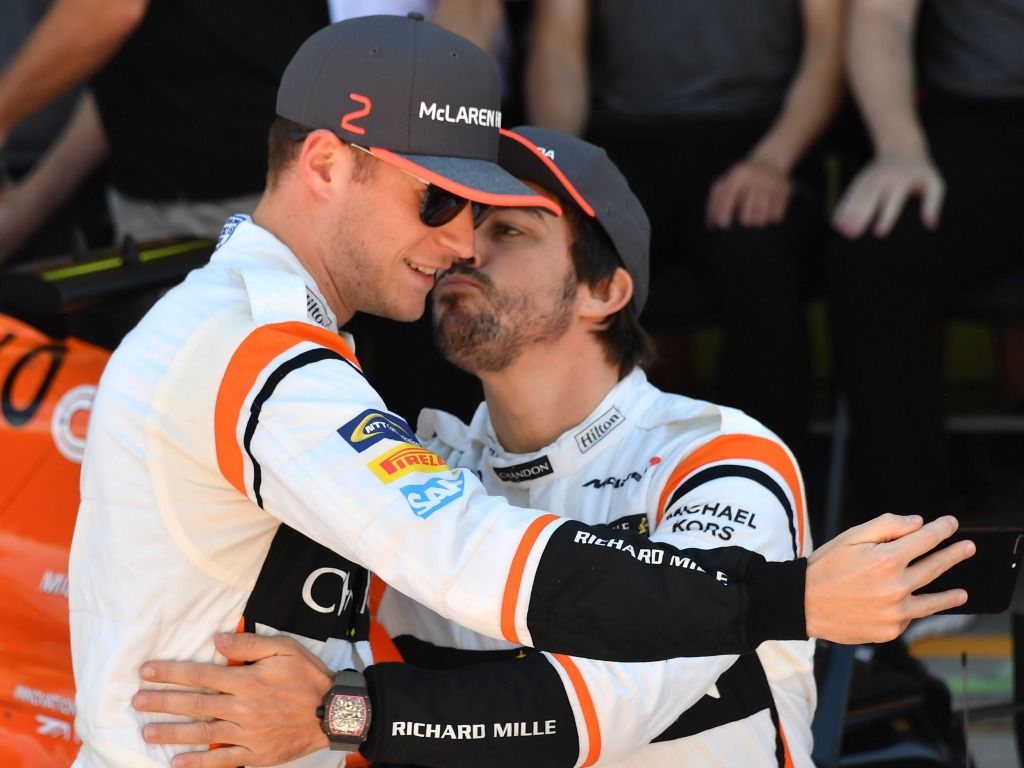 Fernando Alonso has given further support to his team-mate Stoffel Vandoorne after a difficult 2018 season so far.

Alonso became the first driver to win his team-mate qualifying battle this season when going 11-0 up against the Belgian at the German Grand Prix.

After three points finishes in his first four races this campaign, Vandoorne has been point-less since Baku; but, Alonso thinks Vandoorne’s reputation as one of Formula 1’s rising stars is still intact.

“I don’t think it [Vandoorne’s reputation] is going down, the car is what it is,” said Alonso.

“In Silverstone it was the same case, the car is underperforming. We as a team are trying to find the problem and to have both cars in the same condition and the same performance.

“He’s shown his talent already. No need to prove [anything].

“Being champion in every single series before Formula 1 and he arrives now in a difficult car with some difficulties last year and this year as well.

“He’s okay and he be will very close to the performance as soon as the car is delivering the normal performance.

“For his reputation, or for you guys [the media], you need to see the results before Silverstone or last year in terms of qualifying.”

Vandoorne’s form means he has been playing a part in the silly season rumours with McLaren reportedly weighing up whether to retain him for the 2019 campaign.

Read more: All you need to know about the Hungarian Grand Prix