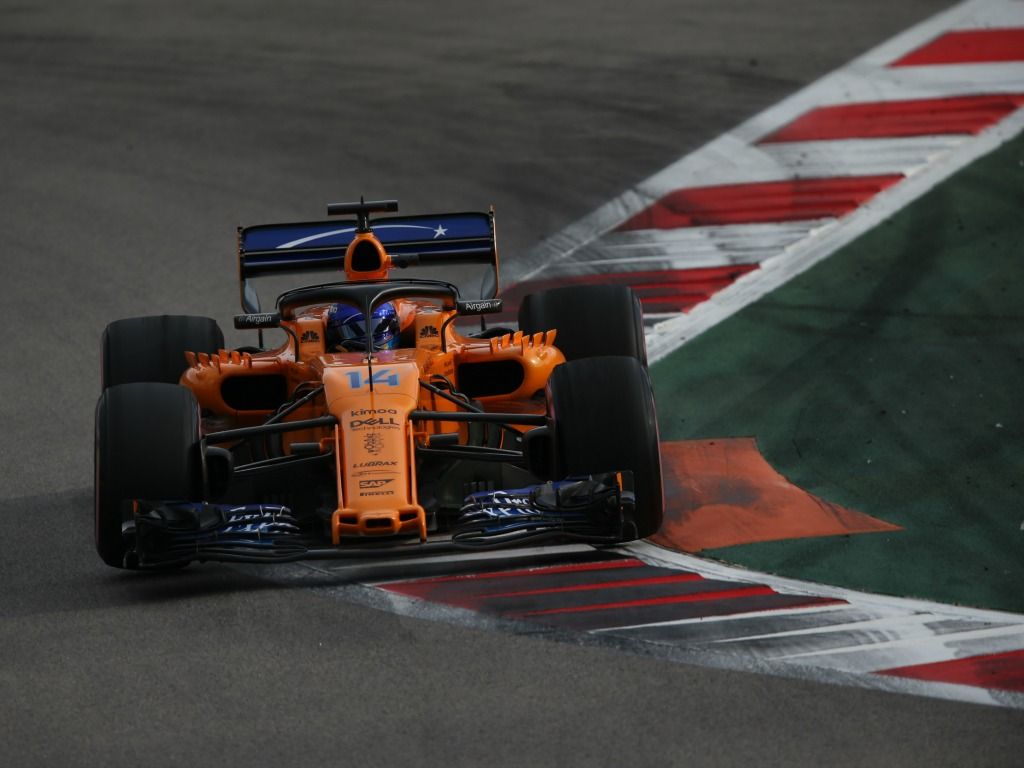 Fernando Alonso believes that strategy will be the key for McLaren to score points in Russia come Sunday afternoon.

The Spaniard sat out the first practice session to give Lando Norris more running time ahead of his debut season in Formula 1 in 2019.

When he got back in to his MCL33 for FP2, Alonso could only manage P17 in what is a power-heavy circuit around the Sochi Olympic Park.

The two-time World Champion is one of five drivers to start from the back of the grid after taking engine penalties for this race.

“We knew coming here that this weekend could be quite difficult for us, so today’s performance was pretty much expected,” Alonso said.

“That’s also why we opted to change the engine components here and take a penalty.”

Due to the high power nature of the circuit on the edge of the Black Sea, McLaren are not expecting much this weekend.

“After Monza and Spa, this track has the highest power sensitivity of the whole season – and we know that’s usually a bad sign for our performance,” the Spaniard continued.

“It’s something we’re trying to understand, so we’ve been trying different set-ups to reduce the drag on the car.

“Equally, we know we can’t perform miracles from one weekend to the next, so it’s going to be tough.”

With the same tyres on offer as in Singapore, the top ten will not fancy going out on the hypersoft tyres for their first stint on Sunday.

Alonso profited from the tyre issues under the lights, finishing in P7 as the ‘best of the rest’, and is looking for another good strategy call this time out in an attempt to do the same in Sochi.

“The degradation looks quite high, so we need to choose a good strategy for Sunday: qualifying isn’t too meaningful for us this weekend, but I still hope we’ll be in the points at the chequered flag,” he added.