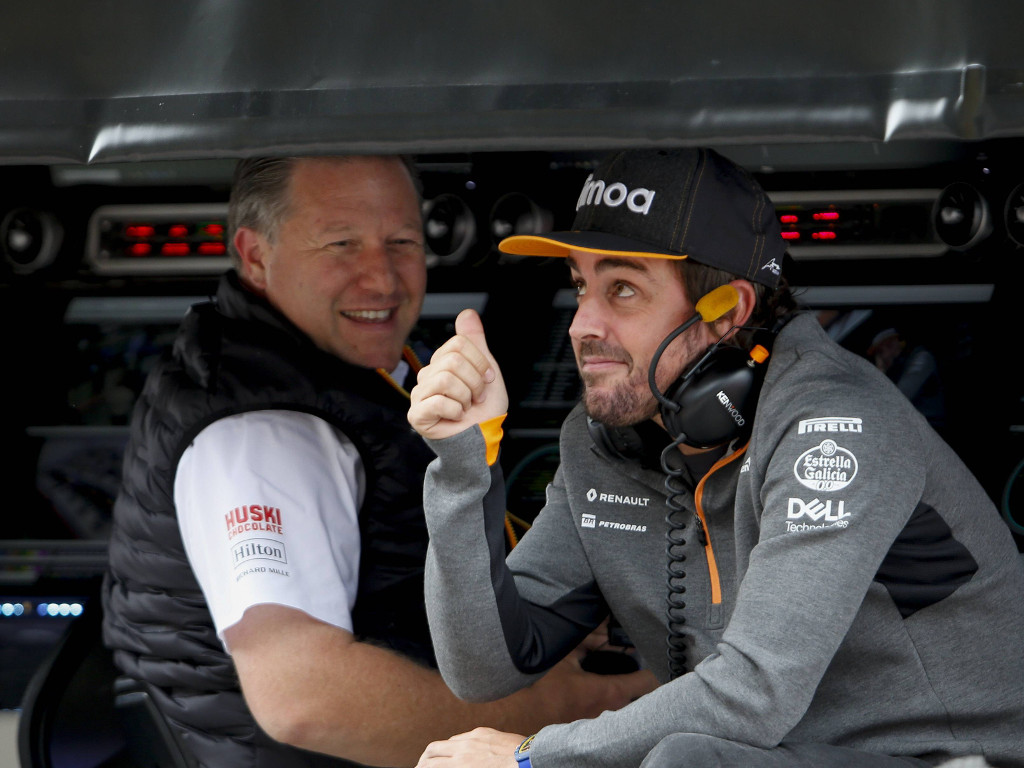 Fernando Alonso hasn’t closed the door to F1 but only a “Ferrari, Mercedes or Red Bull” seat would entice him back says his manager, Flavio Briatore.

Although Alonso walked away from Formula 1 at the end of 2018, saying goodbye to McLaren, he insisted at the time that he could return down the line.

As such the Spaniard’s name pops up whenever a seat is open with many fans that he does return.

Briatore, though, says the driver is not interested unless it is with team that can fight for the Drivers’ title.

“Alonso back in F1? I talked to him about it,” the Italian told Rai Gr Parlamento.

“But he will only do it if he has a seat at Ferrari, Mercedes or Red Bull.

“If not, it doesn’t make sense. He wants to fight for the title.”

He added: “For his part, Alonso has never closed the door to return to F1 although he insists that the series remains the same as when he left, with too much dominance from Mercedes and little equality.

“He hopes that the situation will change by 2021.”

Pressed on a possible Ferrari return, Briatore says it would be good for the Scuderia but concedes that in Charles Leclerc they have a driver who could win the World title.

“If Fernando Alonso can return to Ferrari? If they want to win, yes but I believe Leclerc can win with Ferrari,” he added.