Home News Farewell Toro Rosso…hello to the AlphaTauri AT01 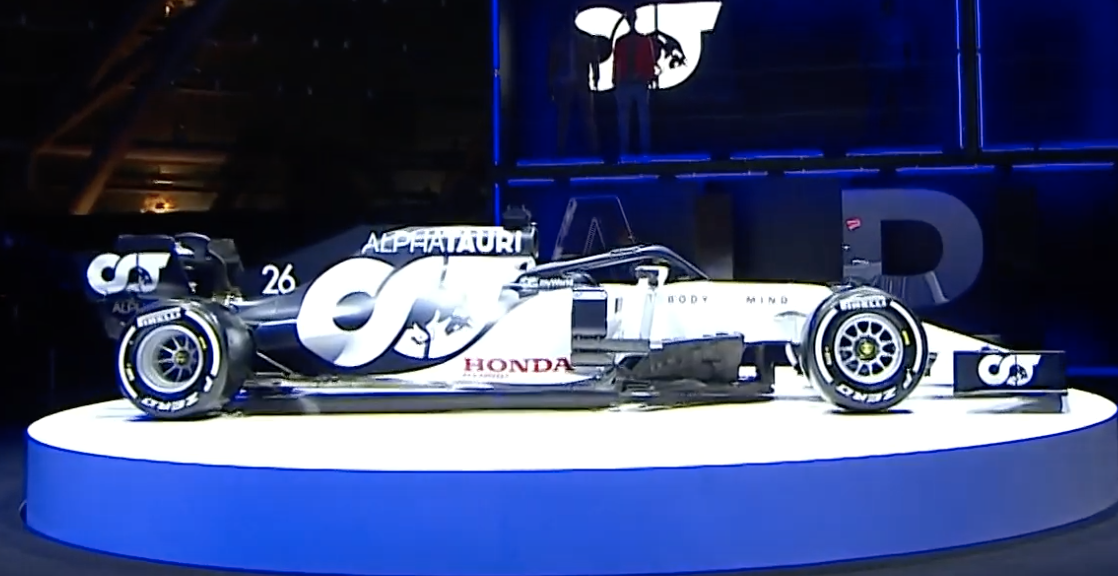 The Toro Rosso era is officially over with the Red Bull junior team now fully rebranded with the reveal of the AlphaTauri AT01 livery.

The Toro Rosso name has been an ever-present in Formula 1 since 2006 and, over the course of the past 19 seasons, secured one famous win thanks to Sebastian Vettel back at the 2008 Italian Grand Prix and a further two podium finishes with Daniil Kvyat and Pierre Gasly in 2019.

But February 14 2020 marks the start of a new chapter for the junior team outfit, who are now known as AlphaTauri – the name of the Salzburg-based fashion brand introduced by Red Bull in 2016.

And Salzburg was the fitting location for their 2020 reveal with Red Bull’s Hangar 7 base being used for the first time to fully launch a Formula 1 car.

Kvyat and Gasly, both retained for the 2020 season, were part of the presentation, revealing a light/dark contrast livery which had been teased for weeks by the AlphaTauri social media channels.

AlphaTauri’s launch marks the end of the first part of launch week, with six Formula 1 teams ready for the next step now which is, of course, pre-season testing beginning on Wednesday, February 19.

Friday also saw World Champions Mercedes release studio and track shots of their new W11 following an initial reveal of their tweaked livery at the start of the week.

No launches are taking place over the weekend, with Racing Point and Williams launching next on Monday, February 17. The latter will be launching ‘digitally’, while Racing Point are holding a launch show in Mondsee, Austria – the hometown of their major sponsors BWT.

The launches conclude on the first day of pre-season testing as Alfa Romeo and Haas have both opted to take the covers off their 2020 challengers in the pit lane prior to the track lights going green.