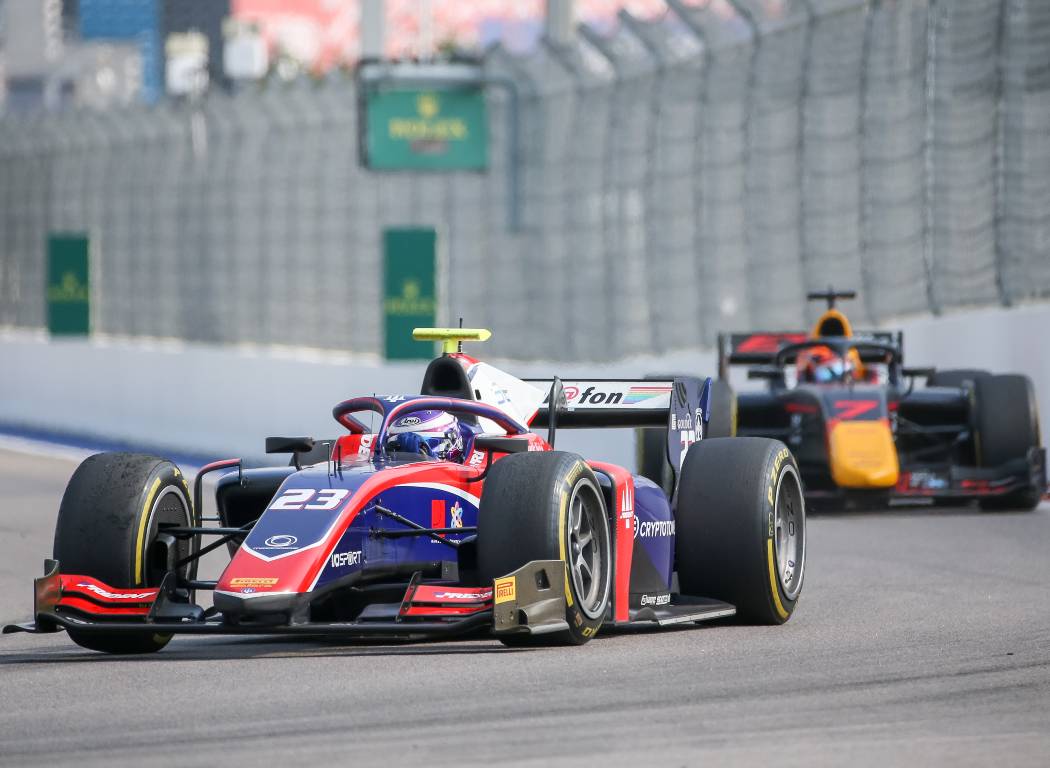 AlphaTauri have revealed an all-Japanese line-up for the end-of-season test in Abu Dhabi with Marino Sato joining Yuki Tsunoda.

Known as the ‘young driver test’, the action at the Yas Marina circuit on Tuesday December 15 is designed for racers who have competed in no more than two Formula 1 grands prix.

However, the FIA have granted special dispensation this year for Fernando Alonso to take part for Renault before his return to the grid in 2021, due to having had two years away from the sport, as well as Sebastian Buemi (Red Bull) and Robert Kubica (Alfa Romeo).

But AlphaTauri have decided to stick to the guidelines with a couple of rookies, one of which will be F2 racer Tsunoda who is expected to take the place of Daniil Kvyat in the team alongside Pierre Gasly next year.

Now the Italy-based outfit have confirmed he will be joined by Sato, a 21-year-old who has also just completed the Formula 2 Championship season in which he recorded just one top-10 finish, at Mugello, for the Trident team.

Last year, Tokyo-born Sato was a title winner having landed the Euroformula Open Championship which he dominated, finishing 128 points clear in the standings with the likes of Tsunoda, Liam Lawson and Billy Monger behind him.

Of his Abu Dhabi chance, Sato said: “I am extremely happy to be given this opportunity from AlphaTauri to drive an F1 car.

“We will try to do as many laps as possible to get used to the car quickly and to learn the maximum out of it for whatever comes in the future.

“Obviously to be driving an F1 car is the dream of every racing driver. For sure I will enjoy a lot around Abu Dhabi!”

AlphaTauri team principal Franz Tost added: “We are pleased to have Marino Sato on board for the test because he did a solid job throughout the season in F2 this year, so he deserves a run in Formula 1. We are convinced he can do a good job as he is a skilled driver.

“The plan for the test is simple – getting him to do as many laps as possible to give him a good feeling for an F1 car.

“This test will be very useful, both for us and for Marino, and we will do our best to help him understand how an F1 team operates in all its different aspects.

“In addition, from a technical point of view he will certainly learn something from which he will benefit next year when he will continue in the F2 Championship.

“I think this is very good preparation for his future and it’s a pleasure to be part of his development towards what we hope will be a very successful career.”