Home News Alpine A521 makes its first outing at Silverstone 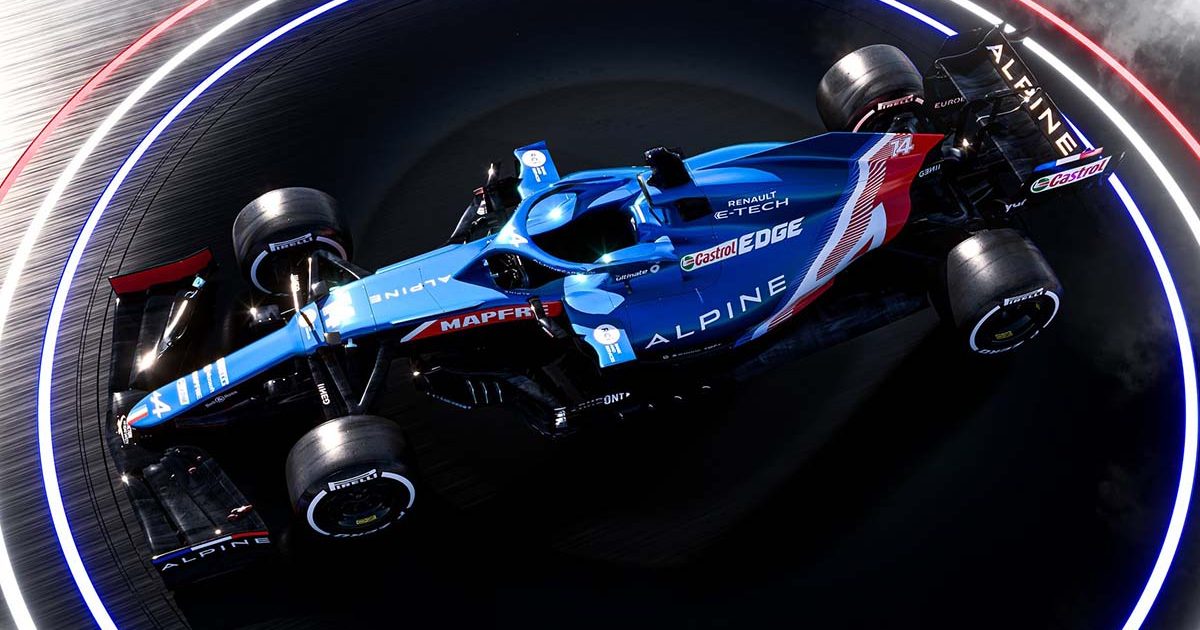 After unveiling the stunning A521, Alpine took their first Formula 1 challenger to Silverstone for a filming day.

In a virtual launch event Alpine revealed the A521, which honours its French heritage with a predominantly blue livery, featuring splashes of red and white.

Esteban Ocon, one half of Alpine’s 2021 driver line-up, took part in the virtual launch and then got the chance to drive the A521 for the first time on Wednesday.

Fernando Alonso, who returns to Formula 1 to partner Ocon, was unable to take part in the A521 launch event due to his altered schedule that was brought about by a cycling accident.

Silverstone set the scene then for Ocon to take the vibrant A521 onto a race track for the first time, and even under the grey, misty Northamptonshire skies it looked sublime!

The A521 could be heard in the distance as the Alpine crew headed to the fence, and it wasn’t long before Ocon came into sight and powered down the straight.

Ocon completed 100km of running, the amount which teams are restricted to in official filming days for their current challengers.

After struggling in the early stages of the 2020 campaign upon returning to Formula 1, Ocon went some way to disproving the critics as the season progressed.

The second-half of the season was a far stronger showing for the Frenchman after being off the pace of team-mate Daniel Ricciardo in the early rounds, and his P2 finish at the Sakhir Grand Prix was the perfect way to crown that progression.

That momentum needs to continue into 2021 with Ocon’s Alpine deal up at the end of the year, but Mercedes boss Toto Wolff has said that Ocon remains in his thoughts for 2022.

Speaking to Alpine after his first run in the A521, Ocon said: “It was really good fun today. First of all, it was nice to get in the car again at a track like Silverstone as that’s always something special.

“The car felt nice to drive for the first time and we managed to get through our programme as planned.

“There was a bit of a delay this morning with the fog, but once that cleared, the track was dry and made the running very enjoyable.

“I wish I could drive for more than 100km, but that’s the limit, and I leave here with a smile on my face. We want to take that into Bahrain next week when conditions will be more representative with the race tyres and some heat.

“It was a very interesting day and I can’t wait to discover more about the car. I love the new colours, it’s the best looking car on the grid!”