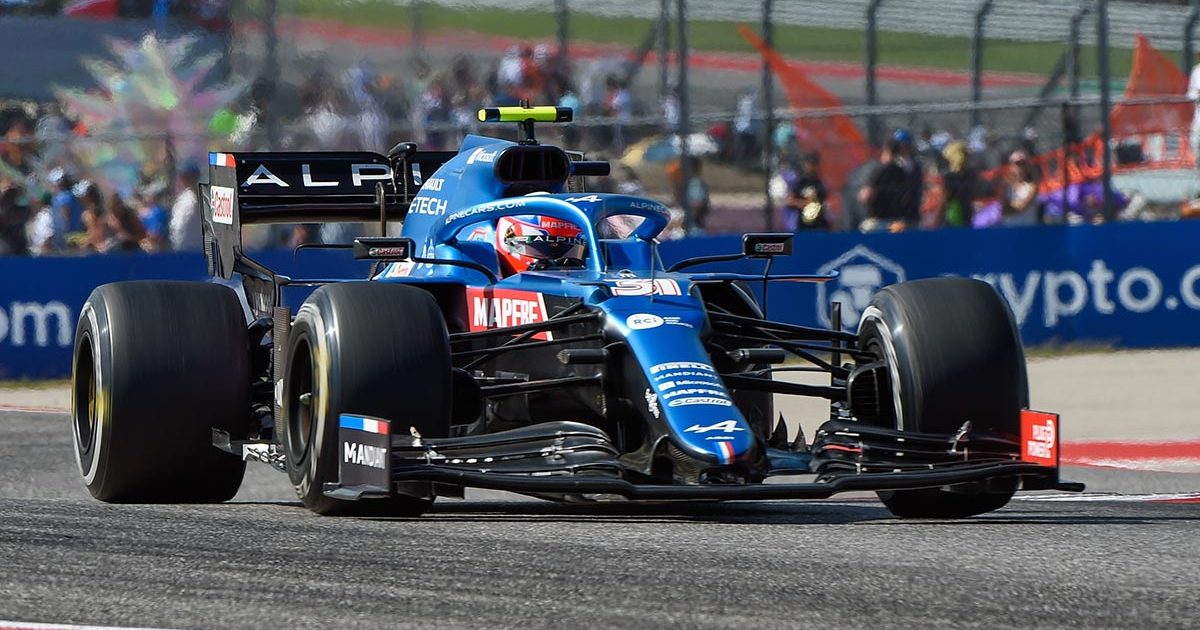 Alpine will be poring over the data all the way to Mexico after leaving the United States Grand Prix with zero points.

Both Esteban Ocon and Fernando Alonso failed to finish the race, a mechanical issue brought an end to the former’s afternoon in Austin, Texas, while a problem with the rear wing saw Alonso’s eventful outing curtailed.

It was the first time since the season opener in Bahrain that Alpine have failed to score a single point but, even before the retirements, pace and performance was proving hard to come by for a team who have a race victory to their name this campaign.

“We didn’t expect to struggle obviously as much as that,” Ocon said, as quoted by Motorsport.com.

“We had to fight the car quite hard through practice, but we did good improvements all the way through every session.

“Qualifying was not as good as what we hoped but we improved it a lot from FP1, and in the race, big struggle again.

“We need to analyse and come back stronger from it. But it’s a track on its own, I would say the track is very rough in comparison to all the places. It’s quite bumpy. So there’s many aspects that we will look into.”

Alonso, meanwhile, was still able to find a positive outlook on the weekend, noticing progress from Friday through to race day and reeling off a list of drivers and teams who he felt were slower than him.

“Hopefully we can still find some answers,” Alonso said.

“I think in the race, the car was much better, I felt more competitive, definitely I was faster than Alfa Romeo, Aston Martin, even Tsunoda.

“In free practice, we were not as quick as we were on race day, so it was a nice step forward in the race but it’s still not as good as Sochi or Turkey, so we need to keep analysing.

“Probably the bumps, the suspension is very specific what you run here in Austin because the characteristics of this circuit, so it’s something that we didn’t get it right, and we will try to analyse and be in our top form in Mexico.”

Alpine head to the next round in Mexico with a 10-point lead over nearest rivals AlphaTauri in P5 of the Constructors’ Championship.

12 points separate Alonso and Ocon in the Drivers’ Championship, Alonso leading with 58 points compared to Ocon’s 46.