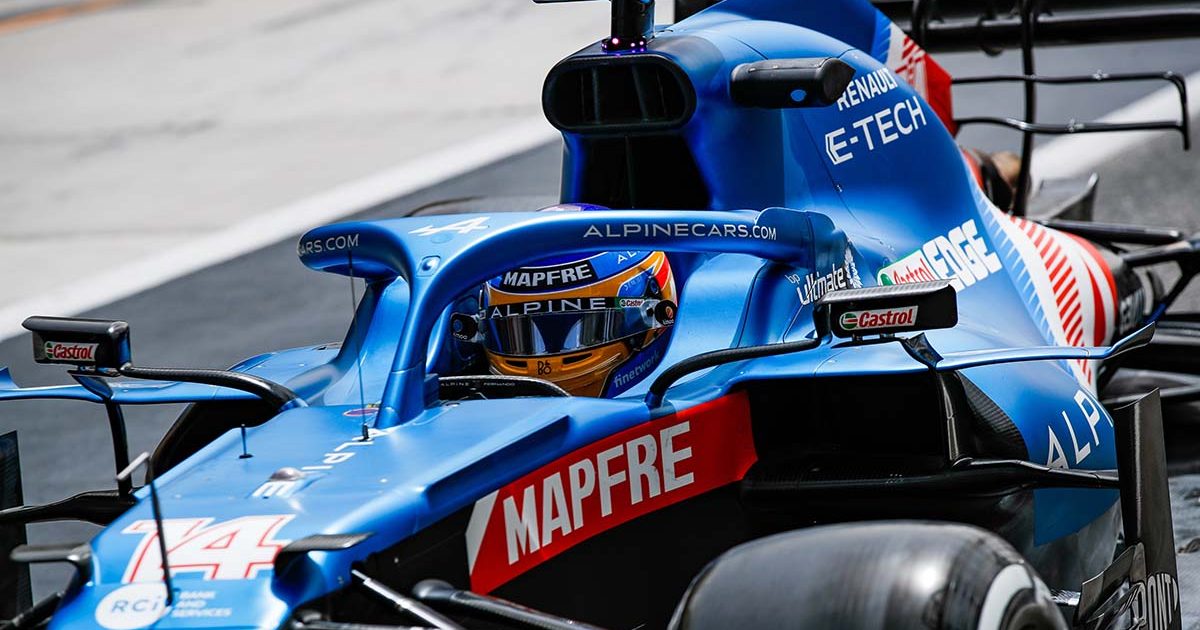 Alpine are a new name on the grid for the 2021 season, but the team’s background is anything but new, having been in the sport for many years under different identities – most recently Renault from 2016 to 2020.

The change of brand has seen a new car introduced, with the yellow of Renault swapped out for a blue, white and red colour scheme, and while Formula 1 fans are mainly loving the livery, the engine cover has got people talking.

The team have worked hard on repacking components around the power unit while putting the A521 together, but that has led to a “bulbous” engine cover, as many have put it, but Budkowski says Alpine are more worried about the performance of the car.

“It’s a technical choice. We found that slimming the sidepods was a positive direction, which is nothing new really,” Budkowski said in Saturday’s Bahrain press conference.

“So we’ve repackaged and relocated some of the bulky things in the car and we’ve put them behind the air inlet.

“Yes, it gives a fairly spectacularly bulky shape in the car but still, we found it works for us. Yes, there are centre of gravity compromises but usually the aero performance wins over weight and centre of gravity.”

#A521. Meet @alo_oficial.
We think you’re going to get on very very well. 😁 pic.twitter.com/QDFPvW30Ix

Alpine have opted to give both of their drivers a full day each on Friday and Saturday respectively, while they will share the duties on the final day at the Bahrain International Circuit.

Fernando Alonso has joined the team for this season to partner Esteban Ocon and, being a two-time World Champion, he has more experience than his French team-mate, but Ocon has the know-how of working with the team.

Even so, Budkowski stressed there is no number one driver heading into the new season.

“We don’t have a number one driver. Obviously Fernando [Alonso] has a record of achievements and an important reputation,” he added.

“Ocon has two years of experience with the team, though. It’s an equal relationship, they work well together and we hope this will push the team to achieve important results.

“Fernando is really demanding, he makes sure everybody works in the same direction.”