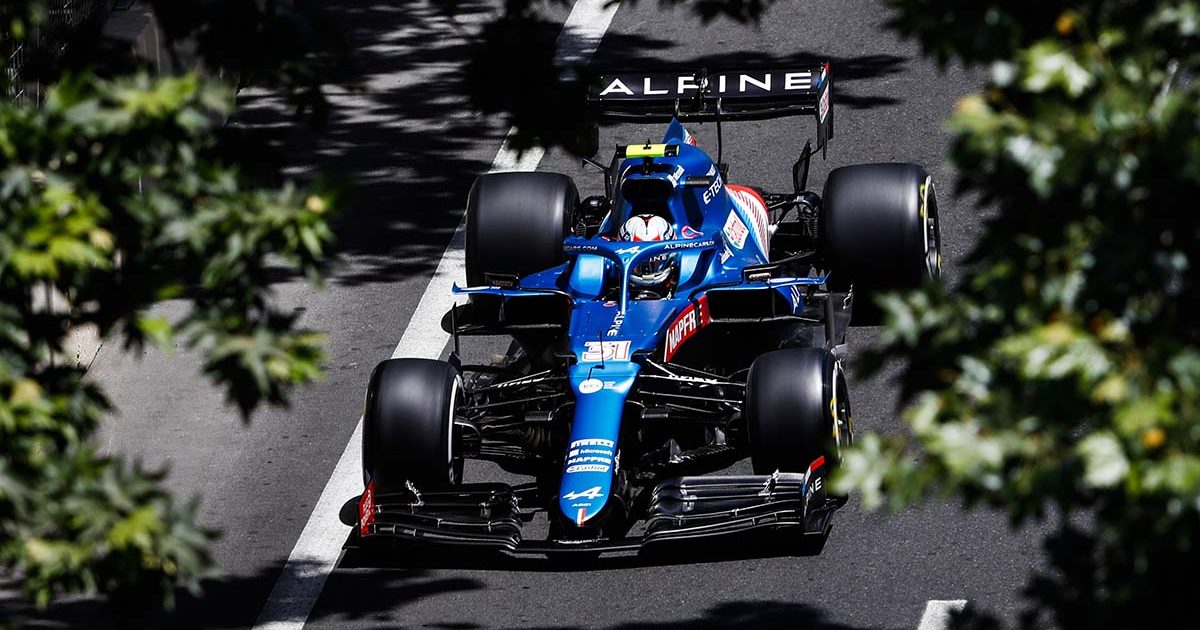 Alpine executive director Marcin Budkowski says, despite Fernando Alonso’s P6 finish in Baku, the team still have a deficit to their rivals on a Sunday.

Having shown a strong turn of speed early on in the season, Alpine’s form dipped somewhat in Monaco and Baku during the races in particular – but the team hope to fight again on a more traditional circuit at Paul Ricard this weekend.

With the French Grand Prix being the team and driver Esteban Ocon’s home race as well, Budkowski says the team are doing all they can to make sure they are as competitive as possible in front of the home support come Sunday – with a capped attendance of 15,000 fans at Le Castellet each day.

“We have work to do to understand our race pace deficit and it’s something we’re actively investigating,” Budkowski said ahead of the French Grand Prix, quoted by Motorsport.com.

“It’s clear the car is capable of good performances in qualifying, but on some circuits, we can’t seem to replicate that good pace in race conditions, and that’s something we need to get on top of to score bigger points in the championship.

“We hope that our findings so far will help us achieving a good result in France, on a full-time circuit more typical of what we normally see in Formula 1.”

Budkowski, while pleased for Alonso in his strong finish as the Spaniard managed to leap up four places in the final two-lap sprint to the line in Baku, felt his team were slower than they had hoped during the race as a whole.

With Alonso coming to the team and harbouring ambitions to win an elusive third World Championship, there is still work to do for Alpine to put themselves closer to the front of the field.

“Overall, it was an encouraging weekend up until Sunday,” Budkowski added. “Our pace was relatively competitive on Friday up until Saturday and we reached Q3 with one car after a tricky session with many yellow and red flags.

“It was disappointing for Esteban to retire early on with a reliability issue, and unfortunately our race pace wasn’t strong enough to allow Fernando to fight for good positions in the race. It took a fantastic effort from him to secure sixth position in the last two laps.

“I think everyone in the team is desperate for a good race on home soil, and we’ll be working hard to do just that.”