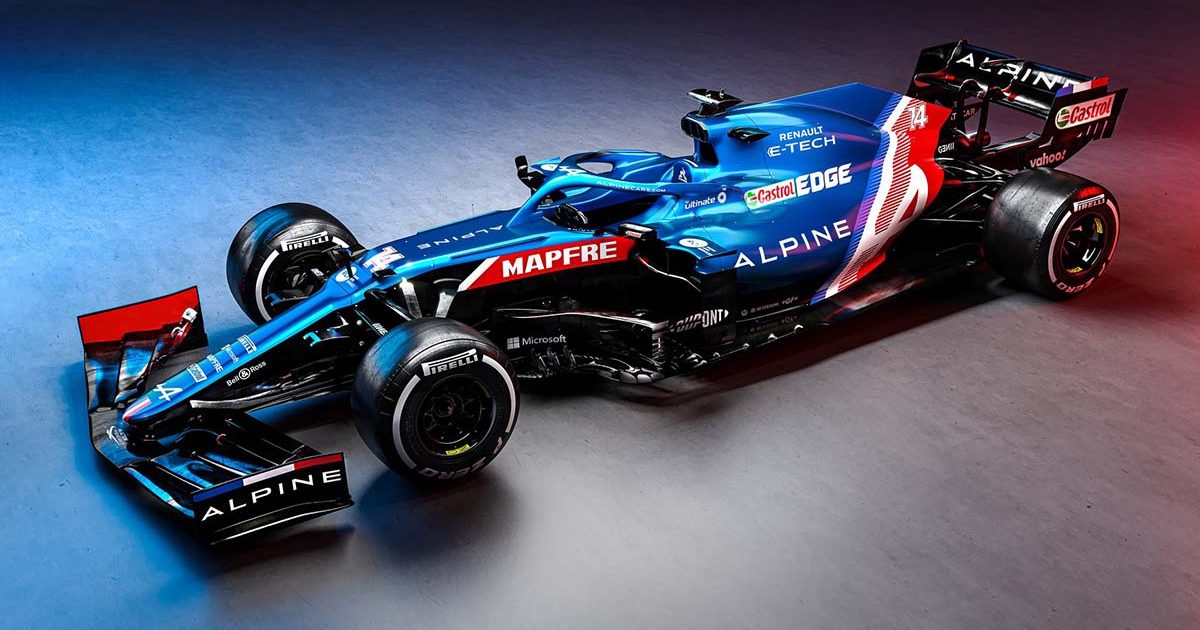 Alpine is the new name for an established team on the F1 grid – and here is our first look at their A521 challenger.

Just like the air in the European mountain range from which their name is derived, everything is fresh about Alpine for 2021.

Synonymous with a yellow-and-black livery when known as Renault in recent years, Alpine are the outcome of a rebrand to promote the French manufacturer’s sportscar division.

In keeping with their roots, the colour scheme, as anticipated, now reflects the red, white and blue of the French flag.

And apart from Esteban Ocon, who remains one of the team’s two drivers, plenty is different about the personnel who will be the public face of Alpine.

Most obviously, Fernando Alonso returns to Formula 1 after two years away. The former two-time World Champion has been off plying his trade in different motorsport categories since leaving McLaren at the end of 2018, but is back hungry to show he remains one of the fiercest competitors around.

Unfortunately, the Spaniard was not able to attend the Alpine launch in person due to travel restrictions from his home in Switzerland to the UK caused by the health pandemic and which require self-isolation.

The 39-year-old is also on the mend following a recent cycling accident which required a four-night in stay in hospital including surgery on injuries to his jaw.

As well as Alonso, there are also new faces managing proceedings in the Alpine garage and on the pit wall for the forthcoming season.

Cyril Abiteboul has exited as team principal, along with Renault Sport president Jerome Stoll, and Davide Brivio has been confirmed as the new Racing Director following his departure from the Suzuki MotoGP team.

Brivio will report to the Alpine team’s CEO, Laurent Rossi, while there will also be an enhanced role for Marcin Budkowski who was Renault’s executive director last season.

In terms of expectations for 2021, Alpine are likely to find themselves right in the thick of the midfield battle of which Renault were an integral part last year.

Although Renault finished P5 in the Constructors’ World Championship, they had a chance of finishing third until the last knockings of the campaign and registered a trio of podiums – their first since 2011.

They were achieved by Ricciardo at the Nurburgring and Imola and then Ocon in the Sakhir Grand Prix as the 24-year-old Frenchman took second place behind Sergio Perez – his first F1 podium finish in his 66th race.

Ocon will get to drive the A521 for the first time in its shakedown test at Silverstone tomorrow.

Beautiful 💙🤍❤️ Our final livery is out, can’t wait to drive the A521 tomorrow at @SilverstoneUK 😎 @AlpineF1Team pic.twitter.com/5JsGjTpoXK