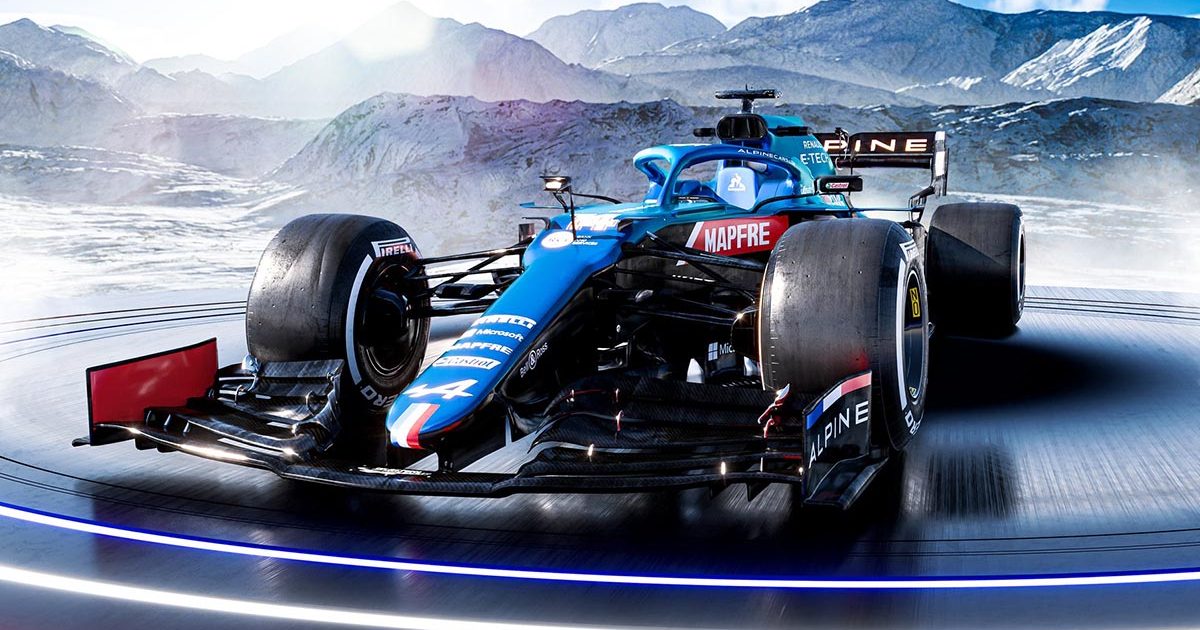 After unveiling the rather stunning A521, Alpine are now set to take their new challenger for a shakedown run at Silverstone.

The Alpine name makes its Formula 1 debut in 2021 after taking over the baton from parent company Renault, and their first major piece of business, that being the launch of their debut challenger, has been ticked off the list.

The predominately blue livery, graced with splashes of blue and red, will certainly be one of the most vibrant on the 2021 grid, and Alpine will be hoping that it gets plenty of TV time during the season ahead.

Tomorrow Alpine will have a filming day with Esteban Ocon behind the wheel of the new A521 at Silverstone at 09:00 UK time#eo31 pic.twitter.com/PZspw5xErO

And Alpine have confirmed that on Wednesday March 3 we will get to see the A521 on the race track for the first time. Esteban Ocon will be behind the wheel with the shakedown at Silverstone getting underway from 0900 GMT.

Later that day Ocon’s team-mate Fernando Alonso will be revealing his helmet for the 2021 season.

Alonso makes his return to Formula 1 this year after a two-season hiatus, and in a season where the midfield battle is expected to be even tighter than in 2020, the Spaniard believes the team must deliver to near-perfection at every race.

“Delivering and executing the races as close to perfection as possible,” he said when asked what would make a successful 2021 season during an Alpine Q and A.

“This is what we must do on race days, and this is what I’m prepared for. Results in F1 depend on many performance factors, but we have to deliver the best we can at every opportunity.”

Alonso won both of his World Championships with the team back in 2005 and 2006 when they were known as Renault, so he is delighted to be back in familiar surroundings.

“I feel great and in the best shape I’ve been before both physically and mentally,” he explained.

“I’ve been preparing myself for this comeback for quite a while now and I have a fresh motivation.

“This is a fantastic opportunity for us. We achieved so much together in the past that our lives will be forever linked, so to work with the people again in Enstone and Viry it really motivates me, because I have so much respect and trust for this organisation.”

Alonso is set to get behind the wheel of the A521 for the first time at pre-season testing, held at the Bahrain International Circuit from March 12-14.