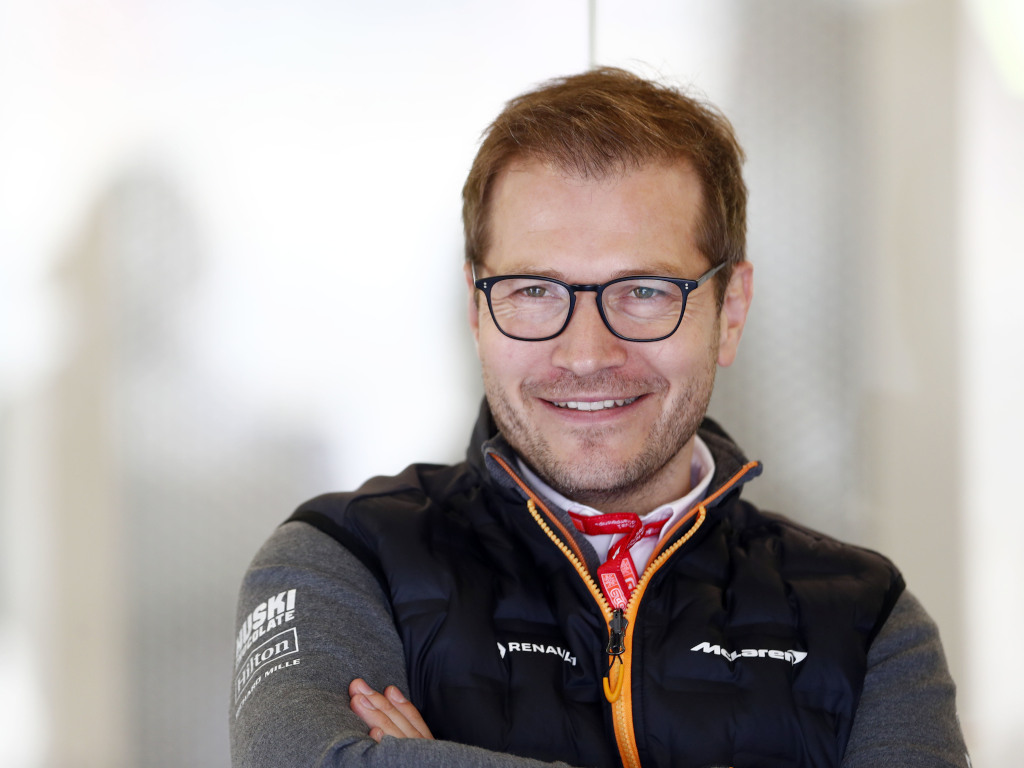 New sporting, financial and technical regulations will come into effect from 2021, and they will change how teams can work together, especially when it comes to their use of listed parts.

The so-called ‘B-team’ model is growing in Formula 1. It started when Haas entered the series in 2016 under very close ties with Ferrari, while Alfa Romeo have also grown to become somewhat of a Ferrari B-team.

Racing Point have made steps to do the same under their relationship with Mercedes this year after revealing their RP20 which closely followed the design of the W10.

But, Seidl does think it’s important that the FIA tightly police co-operation between teams under the new regulations from 2021.

“For us it’s more important for us to look at what’s happening for 21 regulations and beyond,” he is quoted by Crash.net.

“I think it’s even more clear or restricted what is allowed in terms of a working relationship between two teams and for us that’s the most important thing is.

“This is where we are in exchange with FIA also, is it needs to be ensured and the FIA needs to make sure they are on top of this game, that the co-operation between two teams is first of all always within the regulations, and doesn’t allow the big team for example to benefit from things that are happening at a smaller team related to these so called listed parts.

“This is something that we are worried about and that is our focus on the discussions we have with the FIA to make sure this is properly policed as that would obviously go against the regulations.

“It would help, let’s say an, A-team, having a co-operation to go around the regulations to increase their resources beyond the idea of the budget cap and that is the biggest worry for us to be honest.”

Racing Point caused quite the stir in pre-season testing when they revealed their 2020 challenger, dubbed the ‘pink Mercedes, but while they did copy the design, they insist that they are within the rules, and Seidl doesn’t want to waste time complaining about it.

“We all do competitor analysis and follow some routes if we think they look interesting, and if they’re worth looking at from our point, but at the same time it’s simply not that easy,” he said.

“Designing a performing Formula 1 car is a multi-dimensional topic and just trying to copy something from pictures is not that straightforward as it might sound.

“This is why there’s regulations in place which you need to follow, especially when it comes down to what a team has to do themselves, we assume that the co-operation that is there between Racing Point and Mercedes is within these regulations so there’s no point to complain about it.”

McLaren technical director James Key believes designers should want to develop their own initiatives, not copy from others.

“The last thing you want to do is copying your neighbour because you want to be out-developing him with better ideas,” he explained.

“The pictures tell the stories of these things and there’s been a lot of discussion but from our side we are much more concentrated on ourselves.

“Of course we have got to keep an eye on the competition and we can see Racing Point has clearly taken an enormous leap in performance, I think we’d be silly not to recognise that and acknowledge it.

“From an engineering point of view as an engineer you want to go out and beat everyone else, that’s what motivates most people.

“Engineers are competitive people, we are, certainly when you work in F1, and you’re always up against competition from a company or another team.

“What makes F1 unique is it’s teams versus teams as well as drivers versus drivers. And as an engineer you want to be the best on the grid at your particular discipline, that’s what motivates a lot of people, it’s certainly what motivates me.

“It’s difficult to know how others feel about it but personally I like to feel responsible for the performance directly.”