Norris is enjoying a strong second season in F1, having achieved his first podium finish with P3 in the Austrian Grand Prix that opened the campaign and currently sits fourth in the drivers’ World Championship standings.

That means the 20-year-old Englishman is ‘best of the rest’ at present behind Lewis Hamilton, Valtteri Bottas and Max Verstappen, two points ahead of the latter’s Red Bull team-mate Alex Albon.

Although it’s Norris’ colleague Carlos Sainz that has been chosen by Ferrari to replace Sebastian Vettel next year, McLaren boss Seidl is delighted with the progress his younger driver is making. 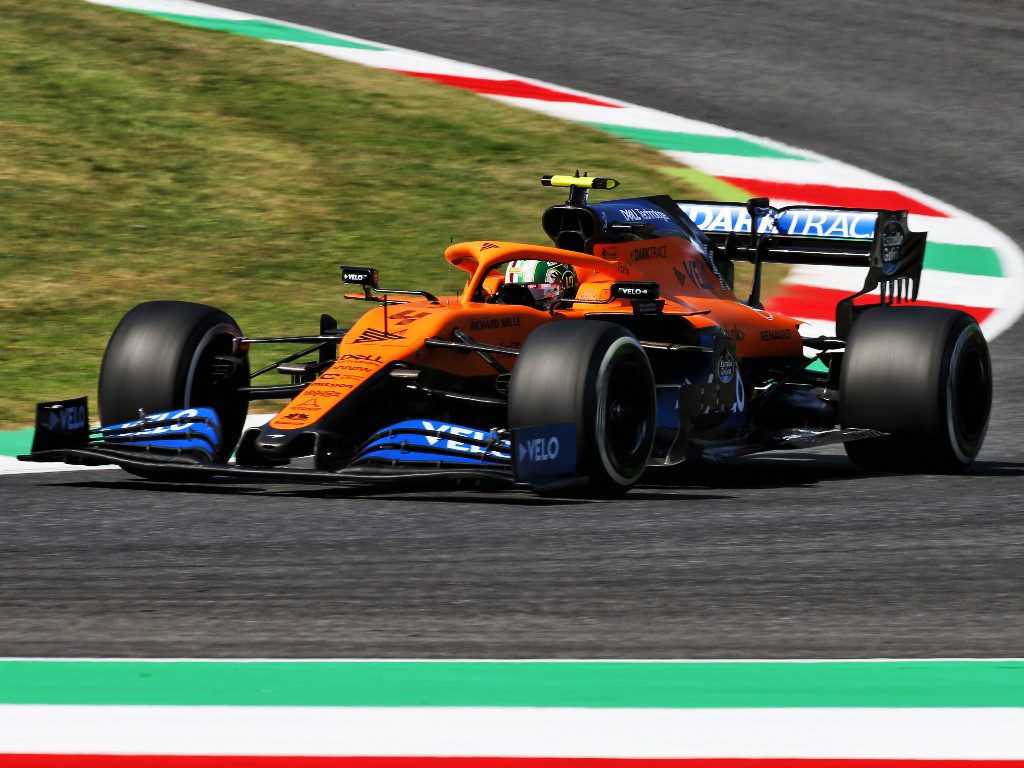 “You shouldn’t forget it’s only Lando’s second year in Formula 1,” said Seidl in an interview with Auto Motor und Sport. “With everything we’ve seen so far and the jump he’s made this season, he has everything to become a top driver.

“He was already strong in qualifying in 2019. Basically, he has developed as a personality, and of course also as a driver in the approach to race weekends.

“He took a step in preparation together with the engineers. He has also improved in managing his energy levels over a very intense season. It’s even more constant.

“He took a step especially in the races. How he makes the starts, how aggressively he goes into the first lap, in terms of tyre management and the strategic overview.

“What stands out is the error rate, which is practically zero.”

Next year, Norris’ team-mate will be Daniel Ricciardo who, as Seidl freely admits, brings something new to McLaren – experience of winning races within the last few years. McLaren’s most recent victory came via Jenson Button at Brazil in 2012.

Asked how big the anticipation is for Ricciardo’s arrival, Seidl replied: “It’s big, of course. He is a multiple race winner and therefore a reference that we are currently missing in the team.

“At the same time, I have to say an important building block for our strong performance in 2019. and currently, is our strong driver pairing.

“We will definitely not get worse with Daniel. He has shown that with the right equipment he can win and compete against the best in the sport.”