Home News ‘Artificially slowing Mercedes down the only way’ 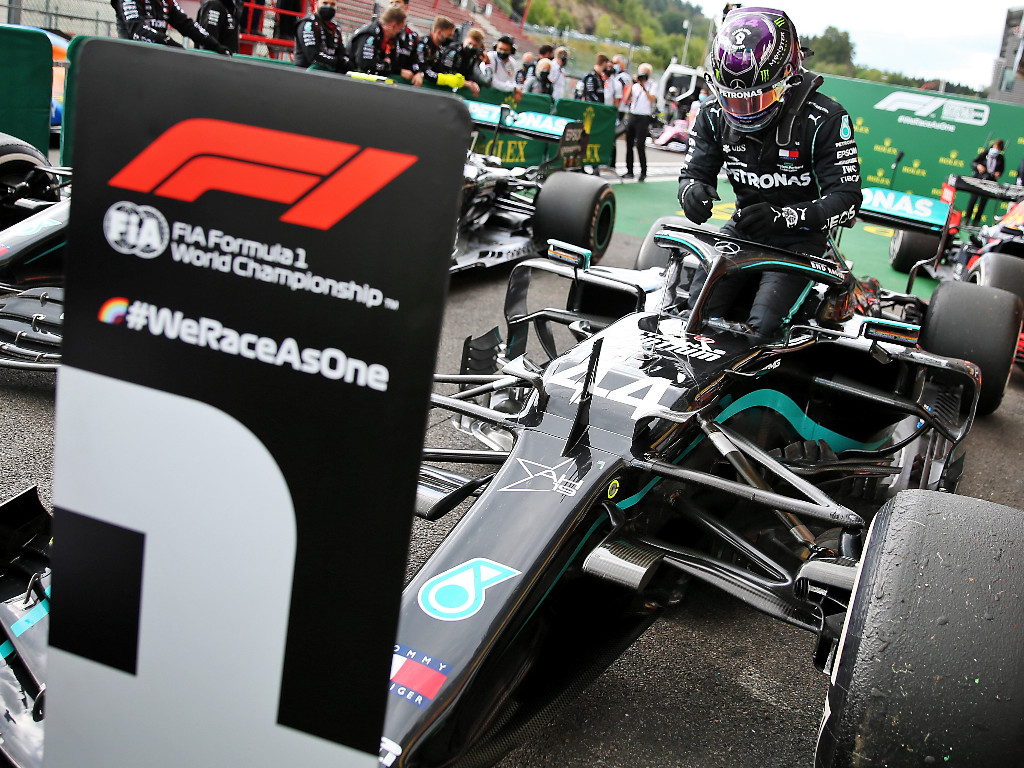 McLaren team principal Andreas Seidl says “artificially” slowing Mercedes down is the only way to make F1 exciting before 2022.

Lewis Hamilton had dominated drab Spanish and Belgian GPs before Monza as he closes in on a seventh World Championship, so a repeat performance was expected.

And that’s exactly how it was going to plan out as the Briton pulled away from Carlos Sainz in P2, but then all hell broke loose.

A Safety Car, red flags and a 10-second stop-go penalty for Hamilton himself after he entered the pit lane when closed flipped the order on its head. Pierre Gasly ended up winning his first Formula 1 race, whilst Sainz and Lance Stroll completed a shock podium.

There is no doubt that result was a breath of fresh air for Formula 1 at a time when it was really starting to struggle with Mercedes now more dominant than ever in their seventh year as the sport’s unstoppable team.

The talk of reverse-grid sprint races has returned following the events of Monza, and while he respects Mercedes’ achievements, Seidl believes that artificially slowing the team down is the only way F1 can be exciting again in the short term.

“Given the dominance of Mercedes, for which they worked hard for several years to achieve this dominance, of course they also deserve to drive where they drive, and unfortunately that leads to boring races,” Seidl told Motorsport-Total.com.

“So it’s obviously a good thing at the moment when something like Monza happens.

“I believe that the only way to have more interesting races in the next year and a half will be to artificially slow Mercedes down or create some kind of coincidence with reversed grid positions. That is the reality we are in.

“I think that’s the discussion that Mercedes should have with the FIA ​​or Formula 1 if they were open to something like that.”

CHAMP 👊 Lewis finished in the points for the 2️⃣2️⃣1️⃣st time in his career, equaling the great Michael @schumacher for most points finishes in @F1! 🙌 #ItalianGP pic.twitter.com/tYvt7zfNej

But Seidl hopes that in 2022 under the new regulations and the budget cap, Formula 1 can become more competitive without the gimmicks.

“I am absolutely convinced that with what comes from 2022, with the budget cap, with another technical regulation where we should get closer to each other on the track, we will do everything to have [races like Monza] more often or to hopefully have a new normal in Formula 1,” he said.

Formula 1 managing director Ross Brawn, who said after the Italian GP that reverse grid races would be discussed again, said that different tyres that degraded faster would be no good for slowing Mercedes down.

“I don’t think that you can solve this problem, for example, by developing different tyres so you have to make more stops,” he said.

“Because then Mercedes simply gives full throttle for the first ten laps, and even before the first pit stop they are behind and come back to number one. ”