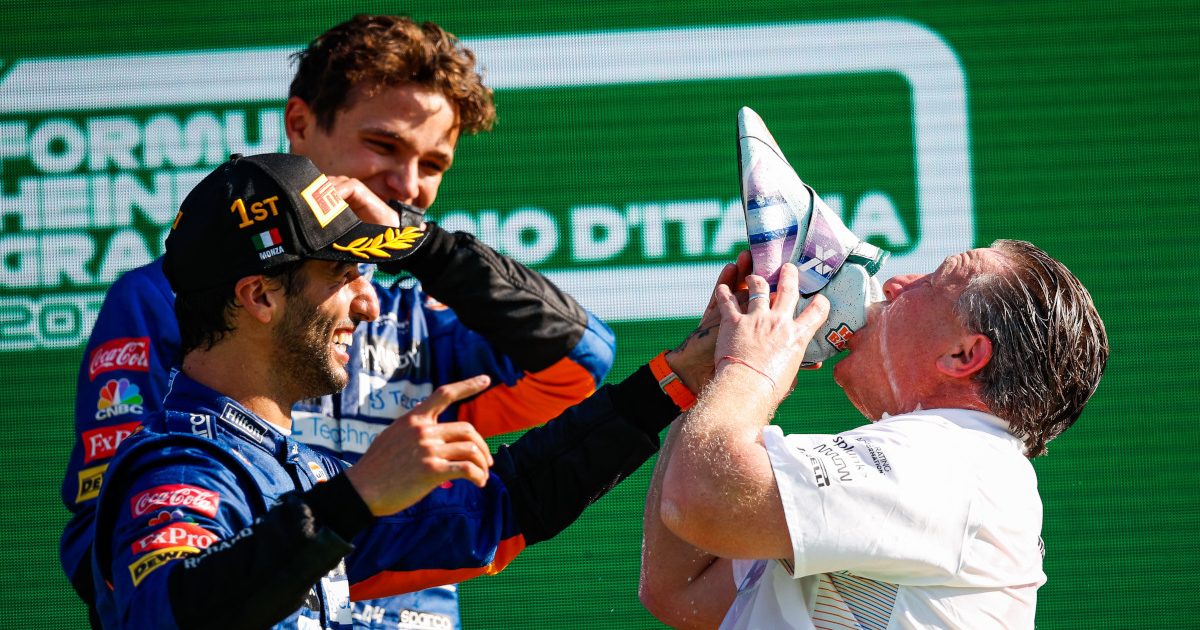 Although proud of Daniel Ricciardo’s Italian Grand Prix win, Andreas Seidl has warned McLaren and their fans to keep their feet on the ground.

Ricciardo pulled off a shock win at the Monza circuit, the Australian leading home a McLaren 1-2.

And while some will argue that McLaren were given a helping hand by Max Verstappen and Lewis Hamilton’s crash, it was Ricciardo who was leading at the time having kept Verstappen behind him throughout the first stint of the grand prix.

The Aussie’s win marked his first race victory since leaving Red Bull after the 2018 season and he’s hoping it will be the turning point in what has been a difficult first season as a McLaren driver.

Team boss Seidl, though, is remaining cautious, after all McLaren were “destroyed” a week ago, scoring a solitary point at the Dutch Grand Prix.

“First of all,” he begun, “I’m just happy and proud of the team today. I’m very proud of every single member of the team back home, here at the track, colleagues at Mercedes and Lando and Daniel.

“And there was a lot of pressure today because we knew that we had a good car and we knew also that if we managed to stay ahead of one or the other car at the beginning or managed to overtake that there’s actually a chance to do something big.

“The team is doing sensational work with sensational spirit as well, and it’s great to see that it’s step-by-step paying off.

“At the same time, no reason to get carried away; it’s important to celebrate today but shouldn’t forget one week ago [at Zandvoort] we got destroyed. We still have a lot of work to do, but the direction is the right one.”

The first team to score a 1-2 this season 🥇🥈🥳#ItalianGP 🇮🇹 @McLarenF1 pic.twitter.com/ZHzFLEIHUB

McLaren CEO Zak Brown was the one who joined Ricciardo and Norris on the podium, the American revealing he had “cut” a deal with Seidl for that honour.

“It’s all the men and women at McLaren, Andreas… our leadership team, and I’m just happy I cut one deal with Andreas – I cut deals with the drivers – but Andreas and I actually cut the deal, which is that he gets all the work and gets the win, but I get to lift the trophy. One of the best deals I cut! I’m always up for a deal.”

One such deal that Brown cut earlier in the year was with Ricciardo, saying his first podium would earn him a drive in Dale Earnhardt’s famous 1984 Wrangler Chevrolet. Ricciardo runs the number ‘3’ in tribute to the American.