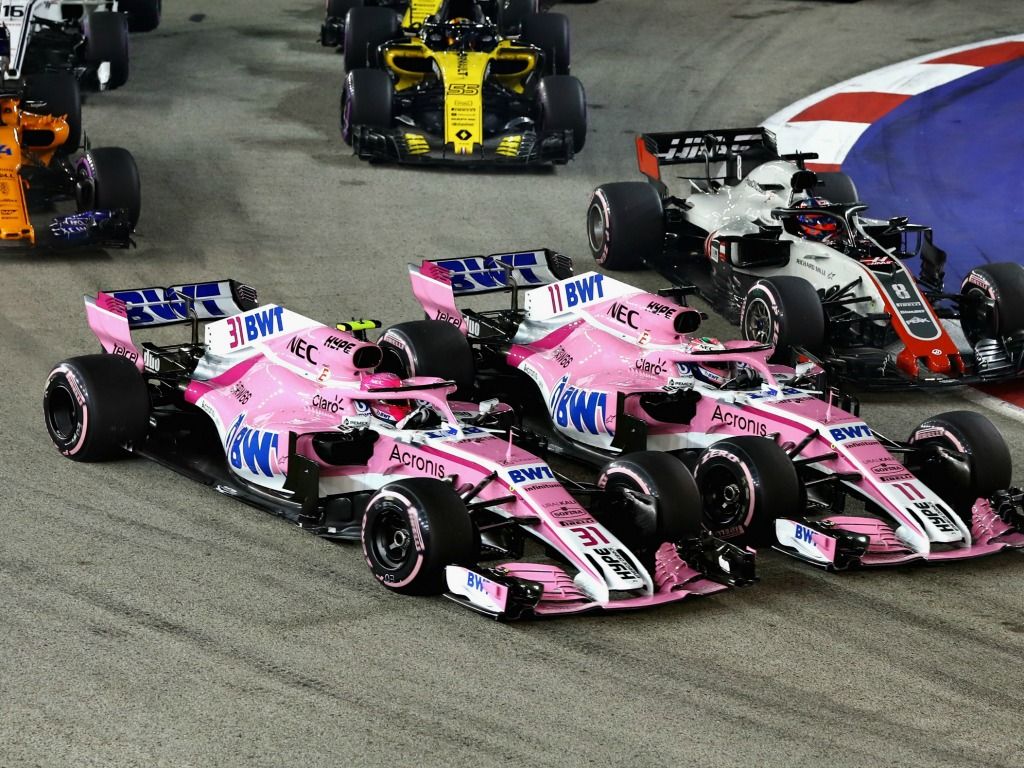 Not for the first time in their two years together at Force India, Perez and Ocon collided which led to the latter, who is set to be without a race seat in 2019, suffering his third first-lap retirement of the 2018 season.

Force India introduced team orders after the Belgian Grand Prix in 2017 before relaxing the rules once P4 was sewn up in the Constructors’ Championship.

The pair have been free to race each other throughout the season, but the first-lap contact in Singapore has left Szafnauer to re-impose team orders from Russia onward.

“It’s unacceptable for them to come together like that in an area where there’s no run-off room,” said a seething Szafnauer to Sky F1.

“If it’s your team-mate, you’ve got to give them room.

“We’re back to the old rules,” he added.

“The team is more important than one individual. If that’s what they’re going to do, we’ll have to take control from here.

Perez apologised on team radio, claiming he did not see his team-mate on the outside of him.

“It was very unfortunate, one of those which is very hard to avoid,” Perez said back in the paddock.

“As I’m picking up the power I get a clip from one car, I didn’t even realise that it was Esteban. I was very sorry for that.

“I’m just very sorry for the day the team had in general. I wish I could have seen Esteban there or something would happen differently.

“A tough day for us, but this is racing.”

Force India began the Singapore Grand Prix with both cars starting in the top 10 but, with Ocon’s retirement and Perez’s race continuing to unravel, they emerged with zero points.