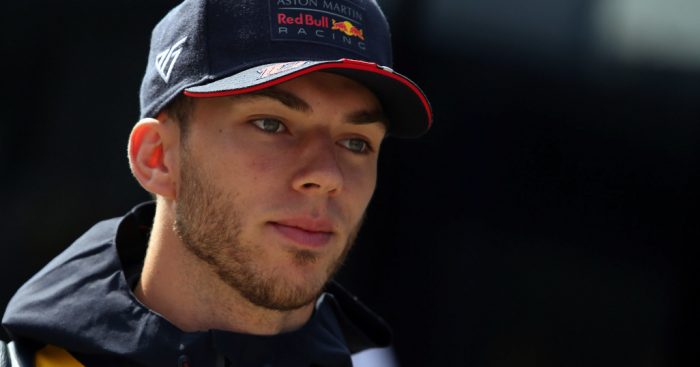 Pierre Gasly needs to spend his summer break “reflecting” on his form with Christian Horner adamant he needs to start scoring, but that doesn’t mean his Red Bull seat is on the line.

Gasly had yet another lacklustre grand prix weekend in Hungary, bringing his RB15 home in sixth place while his team-mate Max Verstappen spent most of the grand prix fighting for the win.

Adding insult to injury, the Frenchman was also lapped by race winner, Lewis Hamilton, as well as his own team-mate.

But despite that, Red Bull are adamant they are pushing on with Gasly.

“Our intention is to leave him the car until the end of the year. But we desperately need to see him realising more of the potential of the car,” team boss Horner told Sky Sports F1.

“I think he really needs to take some time out during the summer break, reflect on the first half of the season and take the lessons from that into the second half of the year.

“It’s vital for us if we are to stand any chance of catching Ferrari that we have him finishing further ahead.”

As for Gasly, the 23-year-old was disappointed by his lack of pace in both qualifying and the grand prix, saying it is something he needs to sit down and sort out with Red Bull.

“We need to analyse, because on Friday we had decent pace,” he explained to F1i.com.

“For sure, Max had decent pace [as well], but then we just lost massively from FP3 and just struggled with the grip a lot.

“So at the moment, I think we just need to sit down with the guys and work all together to find out what went wrong and then come back stronger for Spa.”