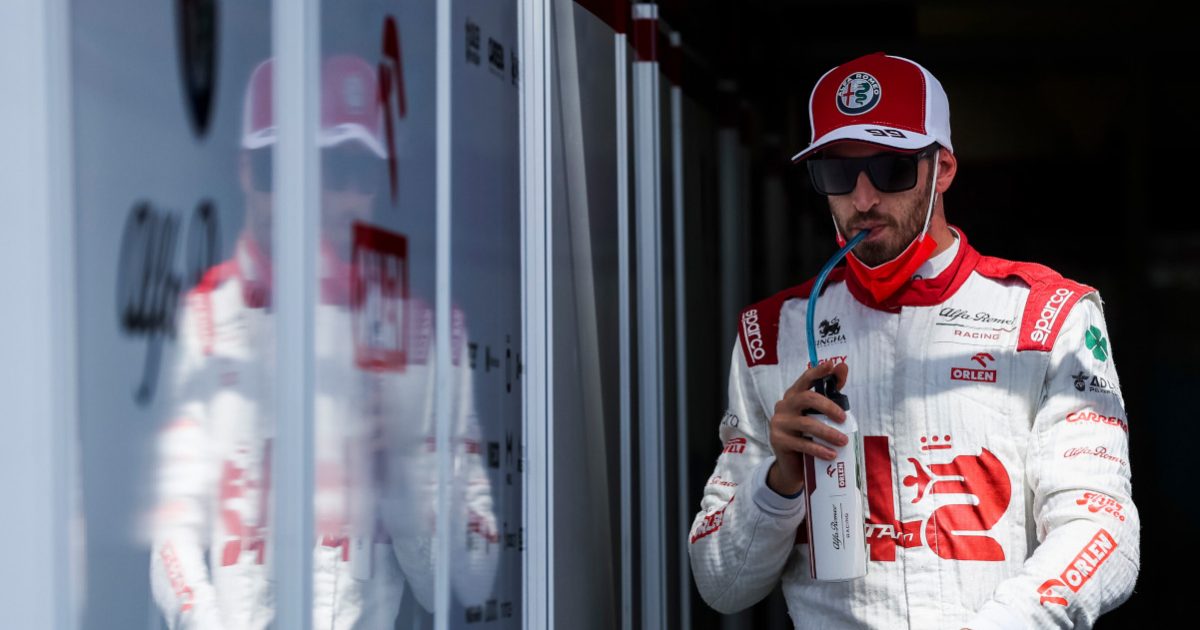 Antonio Giovinazzi doesn’t “want to believe” Alfa Romeo would deliberately ruin his race strategy, but right now he is “disappointed” after the Mexican GP.

Lining up P11 on the Autodromo Hermanos Rodriguez grid, Giovinazzi had an incredible opening lap, taking advantage of Valtteri Bottas and Daniel Ricciardo’s Turn 1 collision to sit P6 after lap 1.

70 laps later though, he was down in 11th place, yet again failing to score a single point.

Fighting for points in Sunday’s race, Giovinazzi was called in for his pit stop, put onto the hard Pirelli tyres, returned to the track behind Ricciardo and Bottas.

While usually being behind a McLaren and a Mercedes is not a problem, in Mexico it was, the duo costing the Italian time.

That meant that when his rivals pitted, they rejoined the track ahead of him.

One of those rivals being Kimi Raikkonen, who finished P8 for Alfa Romeo.

Giovinazzi was not impressed, telling the team as he took the chequered flag down in 11th place: “Hey guys thanks for the great strategy.”

Antonio Giovinazzi on the cool-down lap: "Hey guys thanks for the great strategy."

Speaking to Sky Italia after the grand prix, he was asked if he felt more ‘disappointed or angry’.

“They called me [to pit], the problem is that I came out of the pits immediately behind Ricciardo and Bottas, who at that moment didn’t go fast.

“I warmed up my tyres, the pace was slower compared to the medium tyres, so I lost all the gap with the undercut I had to do.

“When I came out, the tyres were already gone and when the others did the pit stop, they were faster than me.

“So the strategy was completely wrong.”

Such was Giovinazzi’s frustration with his team, that he would not emphatically deny that his botched strategies were deliberate.

Asked if he felt that Alfa Romeo ruined his races ‘on purpose’, he replied: “Until now, I didn’t want to believe that, but today I’m really disappointed.”

Giovinazzi, who is said to be on his way out of Alfa Romeo and Formula 1 at the end of this season, has scored just one point in 18 races.

Given how openly critical of the team Giovinazzi was, it is hard to imagine that he is contention at all to race with Alfa Romeo again next year.