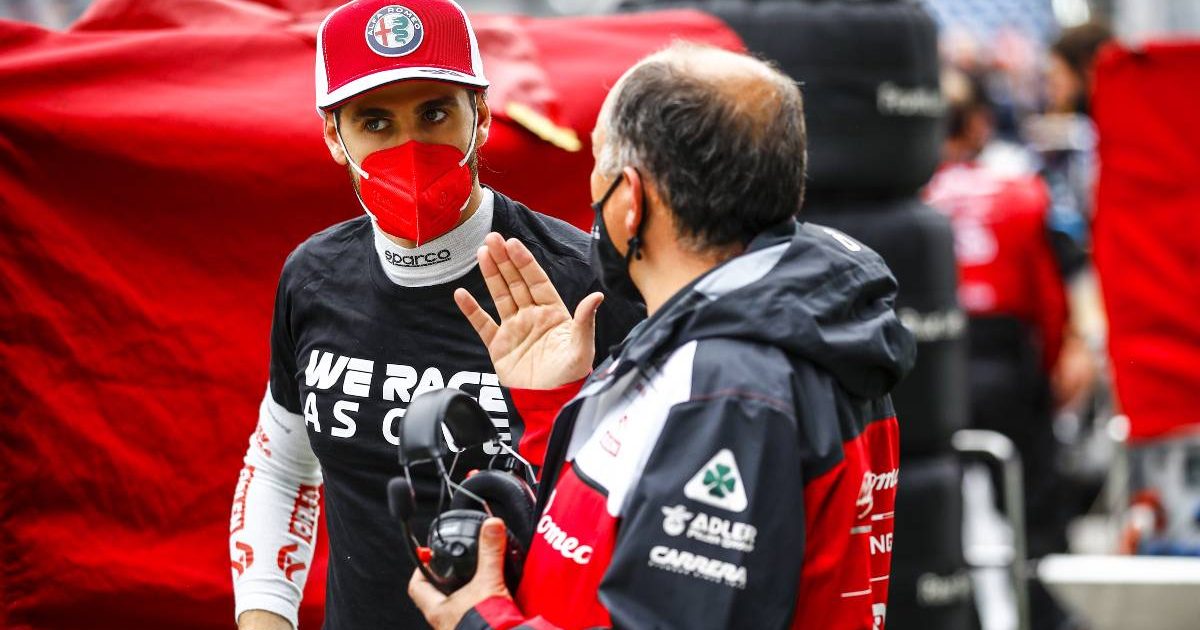 Fred Vasseur has expressed disappointment with Antonio Giovinazzi’s “attitude” after the driver’s remarks about the “ruthless” nature of F1.

Giovinazzi was referring to the influence of money within the sport after he was dropped by Alfa Romeo for the 2022 season in favour of Guanyu Zhou.

The Chinese driver’s arrival at the team, which was confirmed this week, is at least partly due to the sizeable revenue he brings in sponsorship, as team principal Vasseur has admitted.

Obviously aware of the F1 rookie’s appeal, Giovinazzi posted on social media: “Formula 1 is talent, cars, risk, speed. But when money rules, it can be ruthless.”

His exit from Alfa Romeo means the Italian departs the sport for the time being at least, with his immediate move being to the Dragon Penske team for the next Formula E campaign that begins in late January.

Thank you @Anto_Giovinazzi for everything you have given to our team and to our fans over the last three years 🤝 https://t.co/LjvgcgYOdE

Vasseur, speaking to Motorsport TV, unsurprisingly did not welcome Giovinazzi’s words as the relationship between team and driver continues to sour – with the 27-year-old having recently criticised his race strategy over team radio, clearly aware his days were numbered.

“I saw the comments,” said Vasseur, quoted by Autosport.

“I think it’s important for him to close the chapter, at least on this season, doing well on track.

Zhou’s team-mate will be Valtteri Bottas, the undoubted No 1 driver at Alfa Romeo in 2022, and Vasseur also spoke about the change it represents for the Finn in stepping out of the cauldron of expectation at Mercedes.

“We offered him something a bit different, that he will be central to the project and will be the key driver, and that is not being pessimistic with Zhou,” said Vasseur.

“I think it’s an important step in the career of Valtteri, even if we don’t imagine to fight with Mercedes next year.

“The position in the team will be completely different and I think for him, and for his own perspective, this was an important step.”