Home News Giovinazzi ‘not thinking’ outside of F1 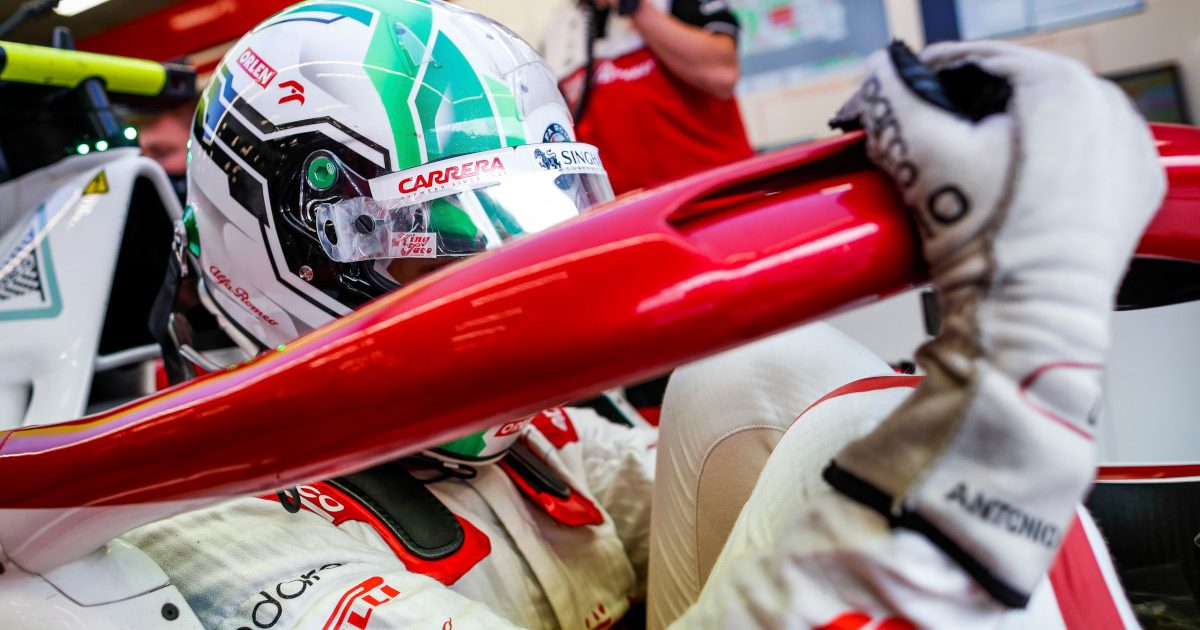 Although said to be on his way out of F1, Antonio Giovinazzi is adamant his chances of retaining his Alfa Romeo seat are not over.

Giovinazzi joined the team in 2019 but has yet to set the stage alight.

With 19 points in three seasons, only one of which he scored in this campaign, the team is believed to be considering an all-new line up for 2022.

Giovinazzi’s team-mate Kimi Raikkonen has already announced his retirement with the Finn’s seat going to Valtteri Bottas, while Giovinazzi is up against Nyck de Vries, Theo Pourchaire and Guanyu Zhou for the second seat.

According to Marca, Zhou has jumped to the top of the list, his sponsors willing to pay €30million to put the Chinese driver in the seat for 2022.

Giovinazzi insists he’s not giving up.

“At the moment, I’m not thinking about participating in other racing classes next year. I hope to do as well as possible in F1 in the remaining part of this season.

“At the end of the season it’s up to the team bosses to make a decision, but for now, I’ll just keep giving my all.”

Last time out at the Dutch Grand Prix, the 27-year-old put in his best-ever qualifying showing when he put his C41 up into seventh place on the grid.

But coming off second best in his opening lap tussle with Fernando Alonso, and a puncture later in the race, meant he left the Zandvoort circuit without scoring.

He did, however, say at the time that he hoped his qualifying showing would help secure his future with Alfa Romeo.

As for when he expects a decision about his future, he said: “Unfortunately not yet, but I’m sure this month or next month will be the month.”