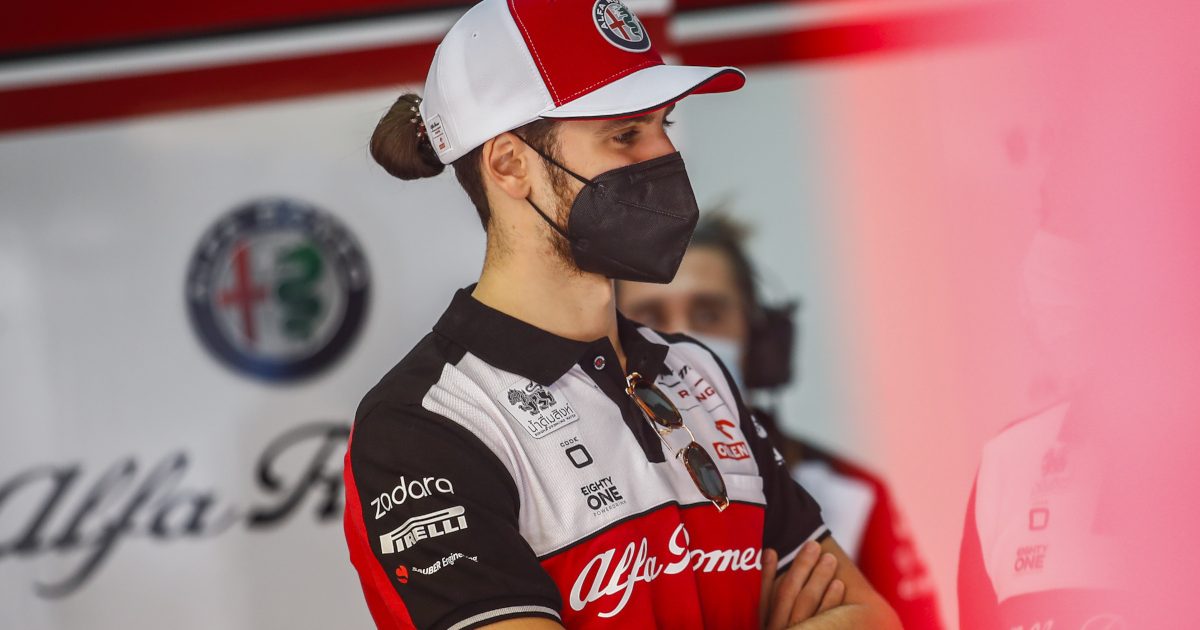 Dropped by Alfa Romeo in favour of Guanyu Zhou, Antonio Giovinazzi says there was “nothing” more he could do to hold onto his race seat.

Alfa Romeo announced earlier this week that Giovinazzi would be saying farewell to the team at the end of this season.

Shortly after that confirmation, which had been some weeks in the making, the team announced that Formula 2 racer Zhou had been signed as Valtteri Bottas’ 2022 team-mate.

Giovinazzi making his thoughts on that abundantly clear, taking to social media to say that “when money rules”, Formula 1 “can be ruthless”.

His comments are in response to reports that Zhou’s sponsors are paying Alfa Romeo something upward of $20 million for his race seat.

As expected the Italian was asked about his axing when he faced the media in the pre-Qatar Grand Prix press conference.

“First of all,” he said, “I want to thank all the people that supported me in these last three years and also the people, after the news, [who] texted me and everything.

“For sure it was not an easy day for me.

“But in the end, I’m happy with myself, to be honest; during these last three years I’ve improved myself all the time.

“For sure some things could be better, some things was good but I’m happy with myself – nothing that I can do more.”

While the 27-year-old has already been confirmed as a Dragon Formula E driver, he is still hoping to remain involved in Formula 1.

Kimi Räikkönen on Antonio Giovinazzi’s situtation: ”Too bad for Antonio. He’s a really nice guy, we’ve known each other for quite some time. But that’s how it is sometimes and hopefully he’ll find something good and hopefully get another chance in F1 one day”#Kimi7 #AG99 pic.twitter.com/iD42JSoNfn

Giovinazzi is in talks with Ferrari about a reserve role in the hope that it could pave the way for him to return to the grid in 2023.

“Every time that you [the media] asked me about my future, I always said that it was not in my hands and it was like this,” he said.

“So, in the end this is the decision and now I’m focused for the next step that will be Formula E next year and I’m really excited about this.

“I am still a Ferrari driver now. And we are discussing also about next year.

“For sure it’s one of my targets to stay here and see what will happen for 2023. Still in discussion but yes, we will try our best.”

Giovinazzi has scored just 19 points in his three seasons in Formula 1, only one coming so far this year.

Asked to share his thoughts on what he felt was his best race in Formula 1, the Italian cited the 2019 Italian Grand Prix.

“For sure one [highlight] was in Monza in 2019 because it was my first home grand prix in Formula 1 and I was coming from one of the most difficult races of my career in Spa,” he said.

“It was not an easy one there, but I finished P9 in front of my family, friends, it was something special. For sure, that was a special race.”