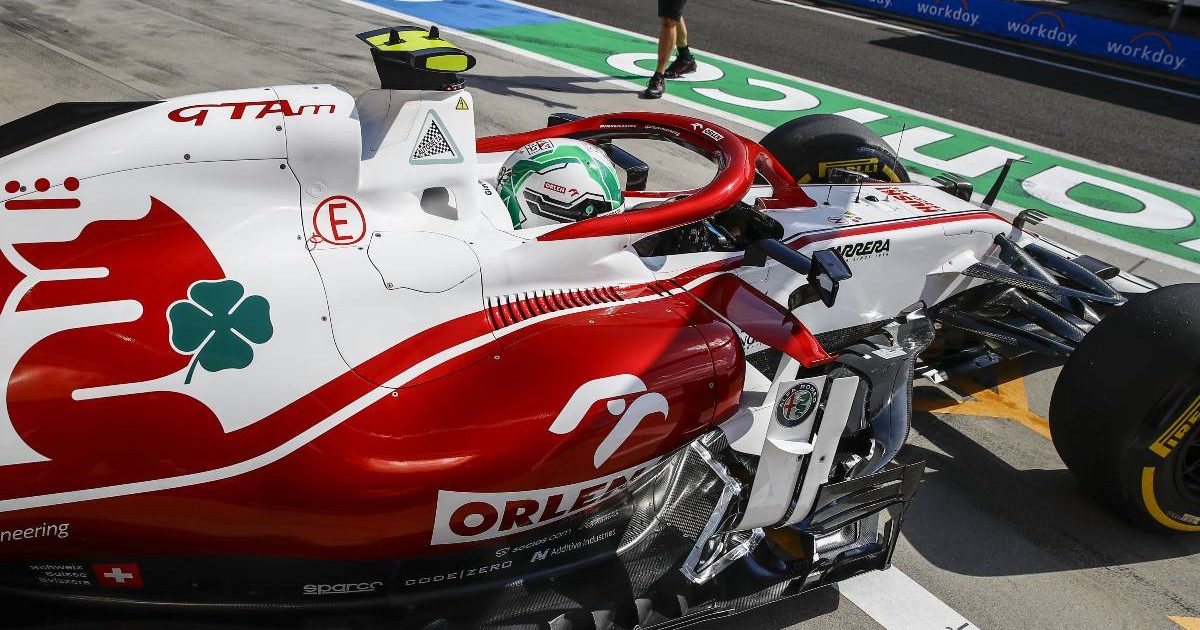 Alfa Romeo and Antonio Giovinazzi had a busy FP3 in Hungary for all the wrong reasons, and neither have not gotten away with it.

During the final practice session of the Hungarian GP weekend, Giovinazzi was signalled by his mechanic to exit the garage and take to the pit lane, but he was brought out straight into the path of Aston Martin’s Lance Stroll.

The Canadian would clip Giovinazzi’s front wing with his rear-right tyre, causing minor damage to the front wing on the Alfa Romeo.

Fortunately though neither car was left with a major repair bill, an outcome which was helped hugely by Giovinazzi’s tentative exit from the garage.

But as far as unsafe releases go, that was about as clear-cut as you can get, and the stewards have unsurprisingly issued a 5,000 Euros fine to the Swiss outfit.

“The Stewards reviewed video evidence, heard from the driver of Car 99 (Antonio Giovinazzi) and team representative,” read the incident report.

“Car 99 left its garage when car 18 was driving in the fast lane. As a result, the two cars had contact and the front wing of car 99 was damaged.

“The team of car 99 admitted that it was their fault.”

Giovinazzi’s troubles were not over though.

While that unsafe release was not his fault, shortly after he was very much to blame for blocking AlphaTauri’s Pierre Gasly at the exit of Turn 13.

Gasly was on a push lap and came across Giovinazzi who stuck to the racing line at his lower speed, forcing Gasly into late evasive action.

Once again the offence was obvious, but Giovinazzi said he was not warned by his team, and so the stewards decided to issue a reprimand.

“The Stewards heard from the driver of Car 99 (Antonio Giovinazzi), the driver of car 10 (Pierre Gasly) and team representatives and reviewed video evidence,” they stated.

“During FP3 GAS was on a quick lap, while GIO was on an out lap, driving slowly on the line at the exit of T13 in front of GAS. GIO had no warning by his team and admitted during the hearing that he impeded GAS.

“Both drivers agreed to the Steward’s opinion that this is not acceptable during free practice.”