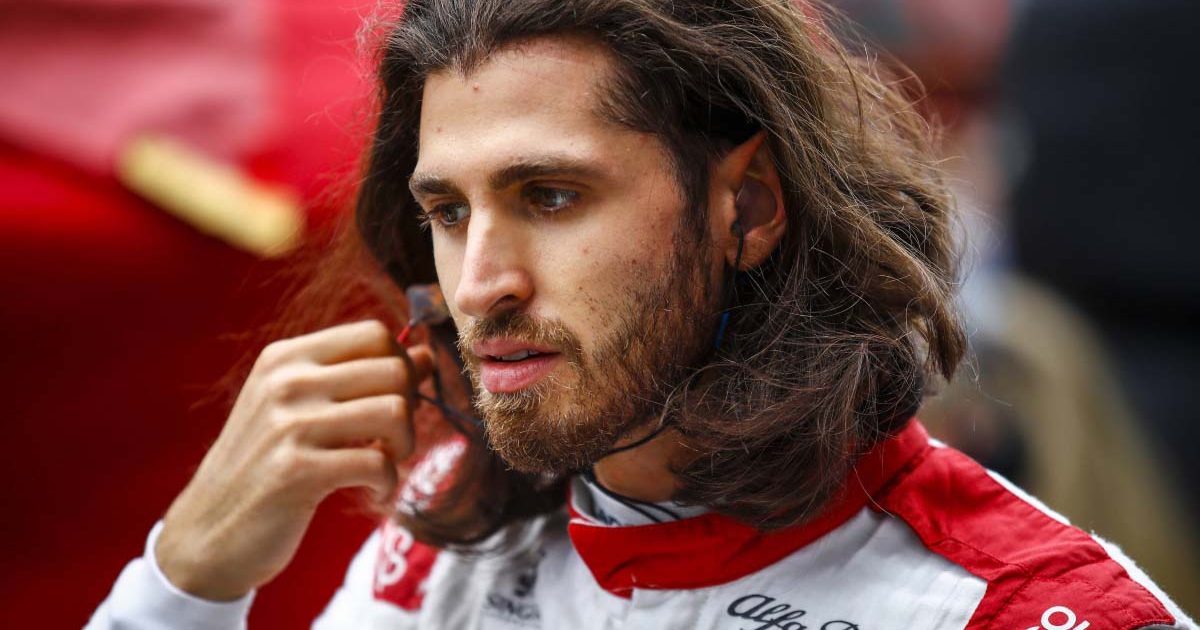 Alfa Romeo have officially announced Antonio Giovinazzi will leave the team at the end of the 2021 season.

The Italian driver’s future has been the subject of much speculation since the summer break and his departure was widely expected.

And he has wasted no time in getting fixed up with another job as he is off to Formula E to drive for the Dragon Penske team.

It means that for 2022, Alfa Romeo will have an all-new driver line-up as Giovinazzi’s team-mate, Kimi Raikkonen, is to retire.

Valtteri Bottas has already been confirmed as the number one driver for next season, joining from Mercedes where he is being replaced by George Russell.

Only 15 minutes after news of Giovinazzi’s exit, the Swiss-based squad announced the Finn will be joined by Formula 2 title hopeful Guanyu Zhou, who will become China’s first F1 racer.

Alfa Romeo team principal Frederic Vasseur said: “Saying goodbye to a driver is never easy, especially so in the case of Antonio, who has been part of the team for so long.

“As we part ways, we will cherish the memories of the good times and learn lessons from the bad ones, knowing these moments all made us grow together as a team.

“We wish Antonio the best for his future after the 2021 season. Before then, we still have three races to achieve some good results together and finish the year strongly.”

Giovinazzi, 27, is affiliated to Ferrari, who provide Alfa Romeo with their engines, hence the race seat he has held for the last three seasons alongside Raikkonen.

He made his first F1 race appearances for Sauber in the first two grands prix of the 2017 season, finishing 12th on his debut in Australia when deputising for injured Pascal Wehrlein.

Since beginning his full-time role in 2019 he has scored points on eight occasions, with comfortably his highest placing having been fifth at the Brazilian Grand Prix in his debut campaign.

However, since his place in the team began to look uncertain in the summer, relations between Giovinazzi and Alfa Romeo have appeared to turn somewhat sour.

The driver was critical of how his Mexico Grand Prix had been managed, sarcastically saying over the team radio: “Hey guys, thanks for the great strategy.”

The context was that Giovinazzi looked to have a chance of finishing in the points but after his pit-stop, for hard tyres, he came out behind Valtteri Bottas and Daniel Ricciardo who were racing down the field after an opening-lap collision.

Regarding the future, Giovinazzi has been linked with driving Ferrari’s entry in the Hypercar category of the World Endurance Championship in 2023.

In the meantime, however, he has revealed he is moving into Formula E with the Dragon Penske team, the 2022 edition of that series beginning in Saudi Arabia on January 28-29.

“As soon as it was made public that I would not be in Formula 1 next year, I have decided to participate in the Formula E world championship,” said Giovinazzi, quoted by Motorsport Week.

“It is a category I always followed. I am thrilled to be part of Dragon/Penske in this all-electric racing series which I have already tested three years ago.

“I would like to thank Jay Penske, who immediately showed great interest for having me on board.”

Giovinazzi’s team-mate will be Sergio Sette Camara of Brazil, who finished 22nd in the 2021 Formula E standings.